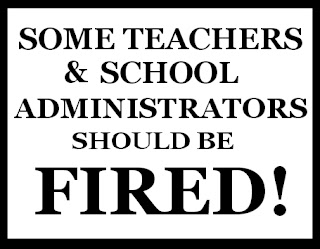 It was reported that one school in Boston has a strange way of Remembering 9/11, just skip it and instead read a Muslim poem.

Students at Concord Carlisle High School marked the anniversary with no Pledge of Allegiance.

Instead, they all listened to a Muslim poem.

That's right, a Muslim poem which had nothing to do with 9/11.

Instead of teaching our children about what took place on 9/11, the facts of what took place, who and why we were attacked, the self-sacrifice, the heroism, the valiant work involved to rescue those buried alive, the loss of loved ones, the rebuilding, the unity that it inspired throughout America  - no, instead the school made the decision to instead turn the focus of attention of the children on Muslim hardship in the United States.

The Islamic poem was called "My Grandmother Washes Her Feet in the Sink of the Bathroom at Sears" by Mohja Kahf.

The poem is about the poet's "grandmother [who] puts her feet in the sink of the bathroom at Sears to wash them in the ritual washing for prayer, wudu, because she has to pray in the store or miss the mandatory prayer time for Muslims" and the reactions of other women in the restroom.

So what does this poem about Muslim rituals and the way it is perceived by women in a bathroom, who probably wish she had stayed home and done it there, have to do with Remembering 9/11?

Nothing! Nothing at all! The poem is designed to gain some sort of sympathy for Muslims in America.

Yes, it's as if the school was trying to say, "look at how the old Muslim women is looked at? Isn't that horrible."

They did none of that!

The school could have taken the time to educate and enlighten those children about the most significant event in U.S. modern history, but the failed to do so!

Instead, they purposely steered the their attention away from what took place on 9/11 - and focused onto something "they thought" mattered - the strangeness of Muslim religious rituals to Mid-West women in a bathroom at Sears.

Please understand, on the 12th Anniversary of the Muslim Attack on America, on 9/11, and the 1st Anniversary of the Americans, who the Obama administration let die in Libya, the Pledge of Allegiance was skipped altogether that day and instead a Muslim poem was read.

The incident immediately caused outrage with parents in the Massachusetts community, and the school apologized promptly.

In a statement, the school said, "Yesterday was the first Wednesday of the school year; we were unaware that our student Pledge reader had an internship commitment on this day. We humbly apologize that this oversight and communication gap occurred."

"Pledge reader"? What the hell kind of a half-ass excuse is that?

You telling me that there is no one else in the school that can recite the Pledge of Allegiance when someone is absent?

That's pure bullshit! Someone made the decision to "skip" the Pledge and that's the simple unvarnished truth!

The school’s principal, Peter Badalament, said the poem was read for "cross-cultural understanding."

He said, "We had the well-being of students at the forefront of our thinking when we chose to acknowledge 9/11 by reading a poem that focused on cross-cultural understanding rather than unsettling words and images associated with the event."

Allow me to translate that liberal crap for you:

They ignored the anniversary of 9/11, consciously made the decision not to remember those lost in the attack on 9/11, prevented the children from knowing what took place in what American History will call the worse attack on American soil in the entire history of the United States.

"Unsettling"? That is just insulting!

Ask yourself, if they won't show their High School Students "images" (ie: pictures) of 9/11, did they skip Civil War images of Lincoln or Gettysburg, or images of the bombing of Pearl Harbor on December 7th, of D-Day on June 6th, or any World War II pictures?

Did they show their students pictures of the Korean War, the Vietnam War, or the Gulf War? How about the images of President John F Kennedy being assassinated - are those also too "unsettling"?

How about the "unsettling words and images associated" with the Civil Rights marches of the 1960's with police dogs, water hoses, armed Black Panthers, or KKK rallies?

How about the "unsettling" image of President Reagan being shot?

How about pictures of President Obama taking office? Are they "unsettling"?

And yes, it's a legitimate question since I was told that schools withheld pictures of George W. Bush from classrooms when he was president, do teachers withhold images of Obama because it might be "unsettling" because Obama has become the worse president in American History?

The term "unsettling" is a scam that liberals use for things that they want to exclude from students today.

How about Benghazi and the Obama administration letting four Americans die without help that was only a few hours away?

Are all of these things "unsettling words" that teachers and school administrators feel students should not be exposed to?

Yes, the term "unsettling" is a scam to make you the parent think that they are looking out for your child - when in fact they aren't.

What they try to pass off as "logic" and caring is nothing but a scam, a con game.

It is a scam that liberal teachers and school administrators try to pull on parents while they carry out their agenda of liberal political correctness.

What they are doing is depriving students of a quality education. And yes, it is criminal to deprive students of a proper education because "you've decided" that that subject is taboo!

And yes, that's what they are doing in Boston at Concord Carlisle High School as well as other schools around the country.

People talk about the "dumbing down" of American kids. Well, this is part of the reason - teachers and school administrators who should be fired are teaching in American schools.

Yes, this is part of the reason why I have such a problem with teachers and the educational system in America these days.

Liberals running the schools have an agenda of anti-Americanism. And yes, don't kid yourself, it is absolutely anti-American to skip the remembrance of 9/11 - or of those who were killed.

Yes, this is just one more example of teachers and school administrators who are out of control should be fired.

The good news is that parents aren't letting this sort of thing take place without consequences to those who want to perpetuate the scam.

Yes, more and more parents are simply not taking it anymore!