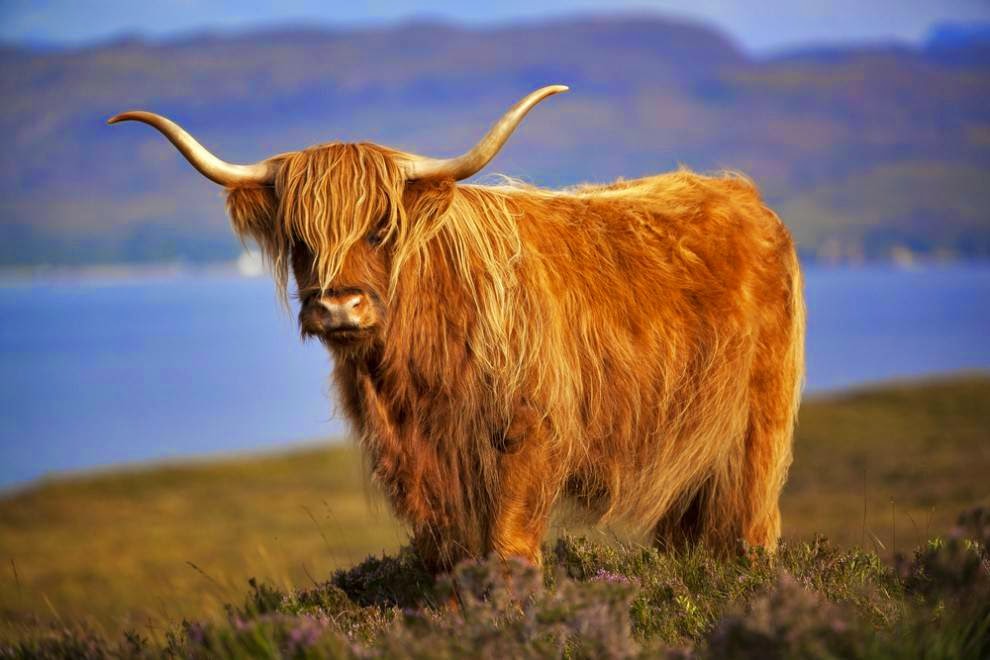 Since I've been asked to provide more breed information on my site, I thought I'd talk about Highlands since we have a producer up in these parts.

It's true, up the road from where I live here in Glencoe, California, just a little pass Rail Road Flat, at an elevation of about 2,700 feet, there's a rancher who breeds Highlands.

Yes, they are sort of funny to look at with their long shaggy coats, and squatty appearance, they look more like very big sheep dogs than cattle.

From what I'm told, whether your interest is in pure breds or cross breeding, Highlands can be easier to raise than other breeds all while improving your bottom line.

According the Breeds of Livestock resource presented by the Department of Animal Science at Oklahoma State University the Highland breed has lived for centuries in the rugged remote Scottish Highlands.

The extremely harsh conditions created a process of natural selection, where only the fittest and most adaptable animals survived to carry on the breed.

Originally there were two distinct classes: the slightly smaller and usually black Kyloe, whose primary domain was the islands off the west coast of northern Scotland; the other, a larger animal generally reddish in color, whose territory was the remote Highlands of Scotland.

Today both of these strains are regarded as one breed-the Highland. In addition to the red and black of the original strains, yellow, dun and silver-white are also considered traditional colors. 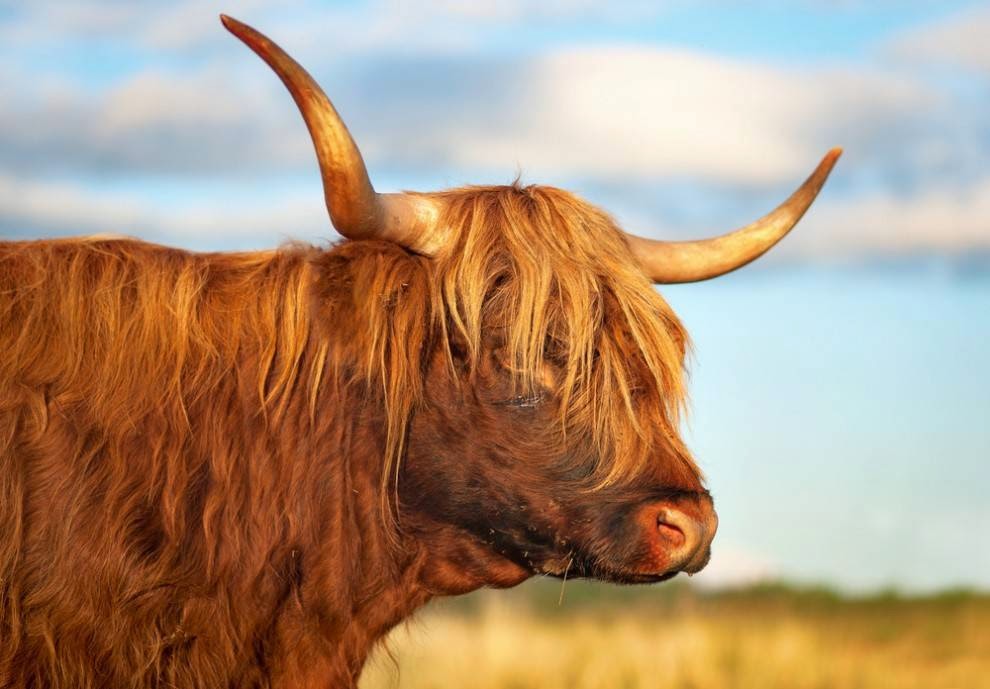 Now, believe it or not, here's a bit of trivia: with the first herd book being established in 1884, the Highland is the oldest registered breed of cattle.

Around that time, American cattlemen from the western U.S. recognized the natural qualities of the Highland animal and imported them to improve the blood lines of their herds.

As a result, the Highland contributed in a great way to the success of the American cattle industry.

Today Highlands are found throughout North America, as well as in Europe, Australia, and South America.

Highlands require little in the way of shelter, feed supplements, or expensive grains to achieve and maintain good condition and fitness.

In fact, Highland cattle seem to enjoy conditions in which many other breeds would perish.

Cold weather and snow have little effect on them. They have been raised as far north as Alaska and the Scandinavian countries. They also adapt well to the more southerly climates with successful herds as far south as Texas and Georgia.

Less than ideal pasture or range land is another reason to consider the Highland breed. It has been said that the Highland will eat what other cattle pass by . . . and get fat on it!

The Highland is also an excellent browser, able to clear a brush lot with speed and efficiency.

The Highland is a disease resistant breed. Long lashes and forelocks shield their eyes from flying insects, and as a result, pinkeye and cancer eye are uncommon.

Highlands do not stress easily, so stress-related diseases occur with less frequency. And other bovine diseases affect the Highland less, due to the genetic advantages they have achieved.

Despite long horns and unusual appearance, the Highland is considered an even-tempered animal - bulls as well as cows.

They can also be halter trained as easily as any other breed, even more so because of the Highland's superior intelligence.

The business end of any beef animal is the amount and quality of the beef it produces.

Today's market is demanding premium meat, yet leaner and lower in cholesterol. The Highland carcass is ideally suited to meet this challenge.

Highland beef is meat that is lean, well marbled and flavorful, with little outside waste fat -- the Highland is insulated by long hair rather than a thick layer of fat.

For over 20 years, the Highland and Highland crosses have graded in the top of their respective classes at the prestigious National Western Stock Show in Denver, Colorado.

In the British Isles, Highland beef is recognized as the finest available and fetches premium prices. The British Royal family keeps a large herd of Highlands at Balmoral Castle, near Braemar, Scotland, and considers them their beef animal of choice.

Today's cattle market is demanding. Regardless of whether you are a small farm with only a few head, or a large ranch with hundreds, your objective should be the same - to produce a fine cut of beef with as little effort and expense as possible.

Highlands are the breed to help you do this. 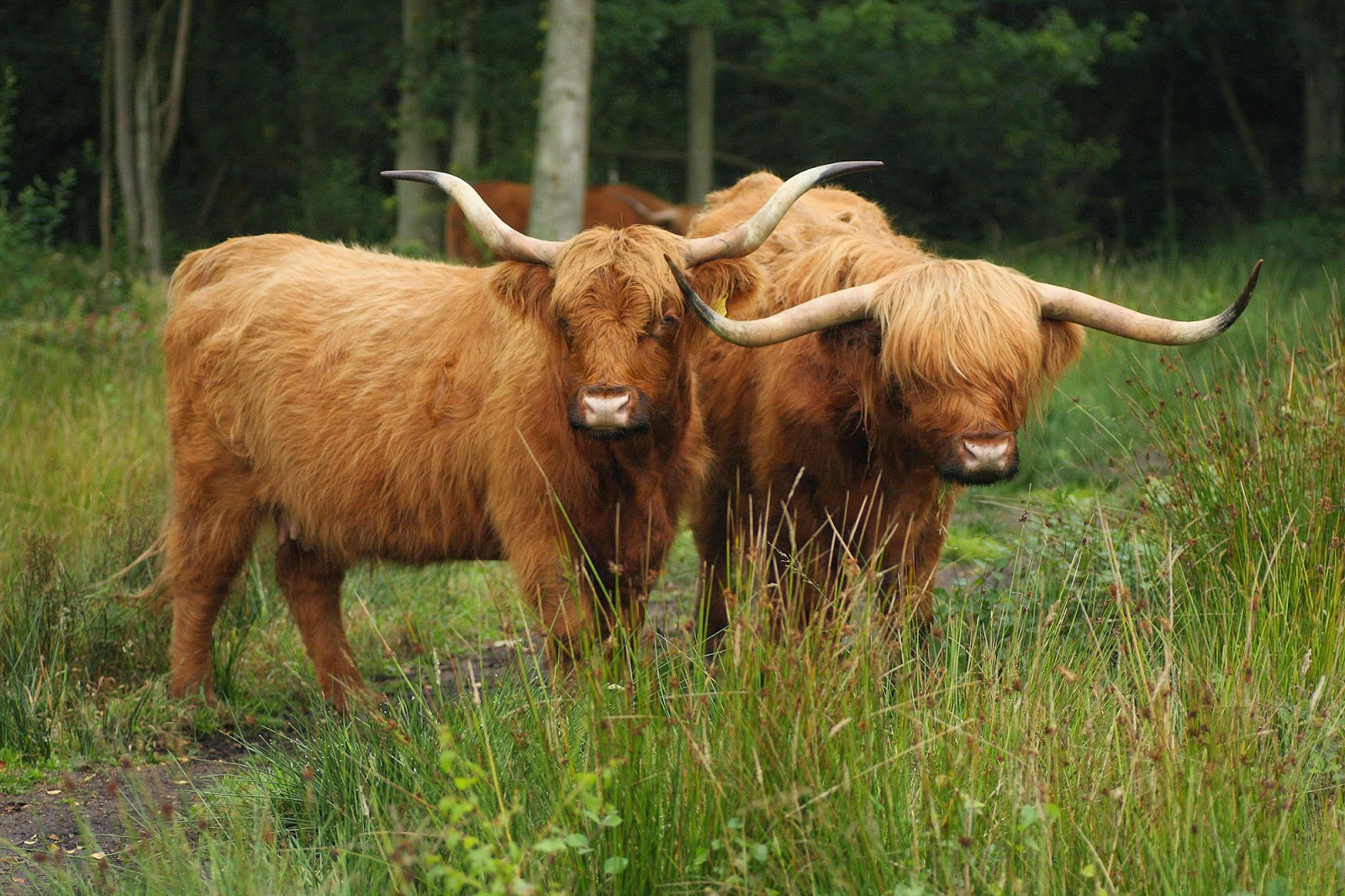