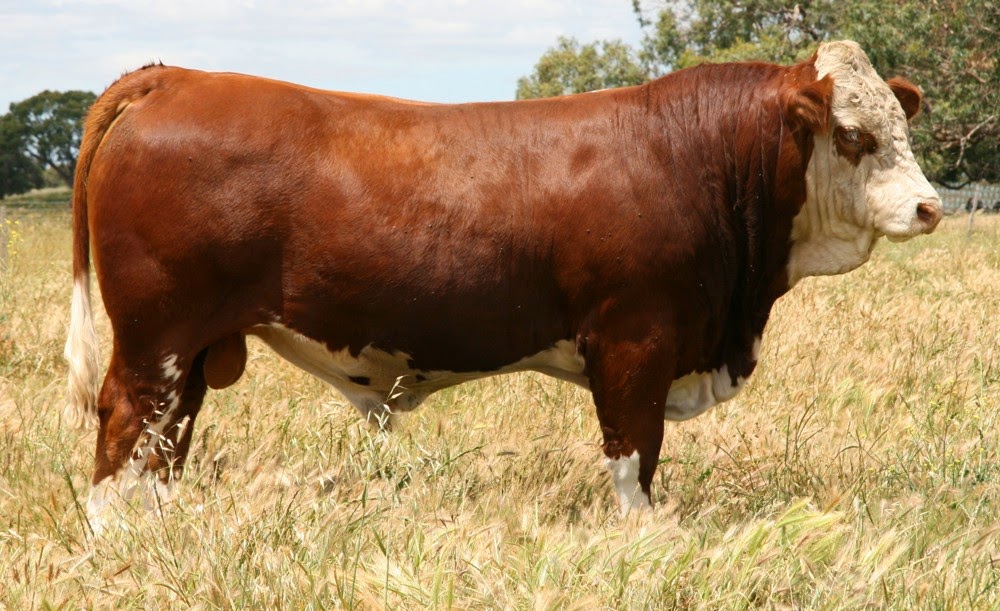 I got the biggest kick out of a letter a few days ago. The reader asked me if I really knew about all of these different breeds? He asked how I could remember all of these facts?

I laughed thinking that would be impressive especially since these days my memory is fairly shot. One reason for my creating this blog was so that I could write things down before I forget them. In reality, I actually started posting Cattle Breeds in the Cattle Section because I was requested to do so by a number of readers a while back. I presumed they are FFA and 4H members, who read my blog.

I am getting most of this information from breed associations, the University of Oklahoma's Department of Animal Science, and other sources. So, as a matter of full disclosure, no, I don't know about all of these breeds. In fact, researching these breeds has been an education for me as well. And yes, I hope you find it as fascinating as I do.

Since there are so many breeds of cattle out there, I've decided to try to focus on just certain breeds for now. I have chosen the top beef and diary breeds, a few that I have always found fascinating because of their appearance or impact on American history, and of course breeds that I do know something about.

The Simmental fits into the classification of one of the top beef breeds. Developed in the Swiss Canton of Berne, the Simmental was officially established in 1806 and first imported to the U.S. in 1971. Among all cattle breeds worldwide, this breed is second in numbers only to Brahman.

The American Simmental produces the outstanding performance and productivity thanks to expansive within-breed blending. The Simmental is among the oldest and most widely distributed of all breeds of cattle in the world.


Although the first herd book was established in the Swiss Canton of Berne in 1806, there is evidence of large, productive red and white cattle found much earlier in ecclesiastical and secular property records of western Switzerland.

These red and white animals were highly sought because of their "rapid growth development; outstanding production of milk, butter, and cheese; and for their use as draught animals." they were known for their imposing stature and excellent dairy qualities.

As early as 1785, the Swiss Parliament limited exports because of a shortage of cattle to meet their own needs. The Swiss "Red and White Spotted Simmental Cattle Association" was formed in 1890.

Since its origin in Switzerland, the breed has spread to all six continents. Total numbers are estimated between 40 and 60 million Simmental cattle world-wide. More than half of these are in Europe. The spread was gradual until the late 1960s.

Records show that a few animals were exported to Italy as early as the 1400s. During the 19th century, Simmental were distributed through most of Eastern Europe, the Balkans, and Russia, ultimately reaching South Africa in 1895. Guatemala imported the first Simmental into the Western Hemisphere in 1897, with Brazil following suite in 1918 and Argentina in 1922.

There are reports from a variety of sources indicating that Simmental cattle arrived in the United States before the turn of the century. Simmental were reported as early as 1887 in Illinois, according to one source; in 1895 in New Jersey; and in both New York and New Mexico around the 1916 to 1920 period.

An ad in an 1896 issue of the Breeder's Gazette, published in Chicago, also made reference to "Simmenthal" cattle. However, those early imports did not capture the attention of the American cattleman and the Simmental influence died quietly away until the late 1960s.

The breed made its most recent appearance in North America when a Canadian, named Travers Smith, imported the famed bull "Parisien" from France in 1967.

Semen was introduced into the United States that same year, with the first half-blood Simmental calf born in February of 1968. The American Simmental Association was formed in October of 1968.

Simmental spread to Great Britain, Ireland, and Norway in 1970 and to Sweden and other Northern European countries shortly thereafter. The first purebred bull imported into the United States in 1971 and Australia received Simmental semen and live animals in 1972. The World Simmental Federation was formed in 1974. In 1976 Simmental cattle were shipped to the Peoples' Republic of China.

The breed is known by a variety of names, including "Fleckvieh" in Germany, Austria and Switzerland as well as many other European countries."Pie Rouge", "Montbeliard", and "Abondance" in France; and "Pezzata Rossa" in Italy.

The Simmental name is derived from their original location, the Simme Valley of Switzerland. In German, Thal or Tal means valley, thus the name literally means "Simme Valley".

The amazing growth of Simmental cattle in North America is really a reflection of what has already occurred in most agricultural countries of the world. The Association ranks among the top four of the U.S. beef breed associations in annual registrations.

Presently, the American Simmental Association registered about 80,000 cattle annually into the Simmental and Simbrah herd books. 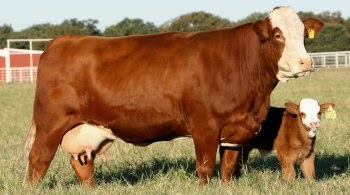