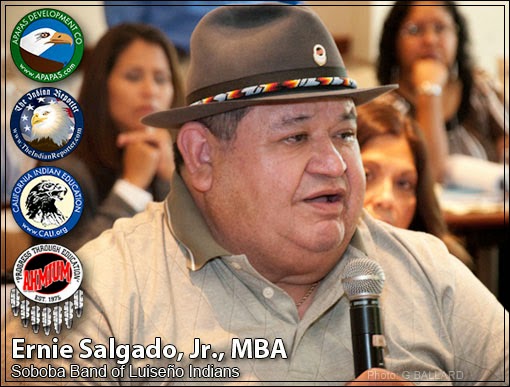 American Bald and Golden Eagles have been an American national icon pride for over 200 years, and they are sacred birds for the Native American people.

The feathers of the Eagle are central to many American Indian religious and spiritual customs, especially among Native Americans in the United States and First Nations in Canada.

Native American people revere Eagles as sacred and the feathers and other parts of Bald and Golden Eagles are prominent possessions amongst tribes.

Feathers are often worn on Native American headdresses and have been compared to the Bible and crucifix of Christianity by many Native American Tribes. Eagle feathers were also used to construct prayer sticks, fans, doctors’ rattles and medicine pipes. 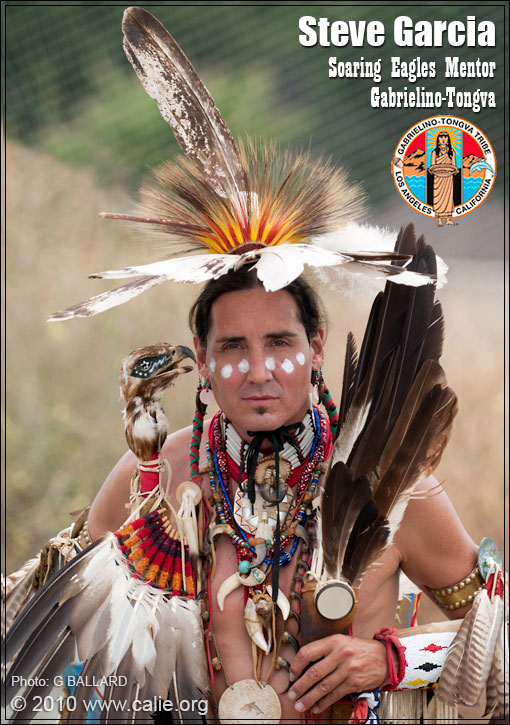 Despite modern and historic Native American practices of giving Eagle feathers to non-indigenous people and also members of other tribes who have been deemed worthy, current United States eagle feather law stipulates that only individuals of certifiable Native American ancestry enrolled in a federally recognized tribe are legally authorized to obtain eagle feathers for religious or spiritual reasons.

The Eagle is holy to the Native American people. Feathers are often worn on Native American headdresses and have been compared to the Bible and crucifix of Christianity by many Native American Tribes. Eagle feathers were also used to construct prayer sticks, doctors’ rattles and medicine pipes.

The tail feathers of juvenile Golden Eagle feathers have often been used in various Native ceremonies and are used to honor noteworthy achievements, great strength and healing abilities and qualities such as exceptional leadership and bravery.

The Golden Eagle is thought to be the origin of the Thunderbird legends of the southwestern United States. In the Cheyenne tribe, Golden Eagles are referred to, in addition to "Thunderbird", as "bird father", "war eagle", "striped eagle" and "prairie eagle".

The “eagle dance” is an important part of Sioux tradition, wherein the participants would dance around, mimicking the motions of a flying Eagle while chanting the equivalent. 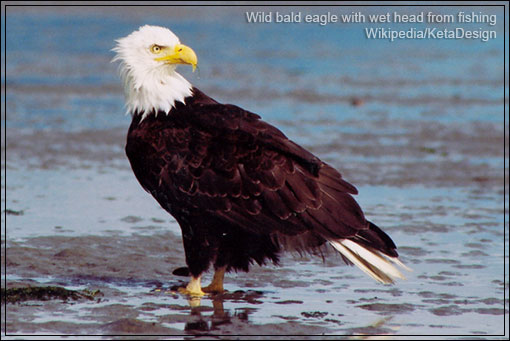 The Bald and Golden Eagle Protection Act (16 U.S.C. 668-668d) is still enforceable federal legislation in the United States of America that protects two species of Eagle.

The Bald Eagle was chosen as a national emblem of the United States by the Continental Congress of 1782 and was given legal protection by the Bald Eagle Protection Act of 1940. This act was expanded to include the Golden Eagle in 1962.

Since the original Act, the Bald and Golden Eagle Protection Act has been amended several times. It currently prohibits anyone, without a permit issued by the Secretary of the Interior, from "taking" Bald Eagles.

The Act provides criminal penalties for persons who "take, possess, sell, purchase, barter, offer to sell, purchase or barter, transport, export or import, at any time or any manner, any bald eagle ... (or any Golden Eagle), alive or dead, or any part, nest, or egg thereof."

The Eagle feathers have been collected and incorporated into clothing, art, jewelry, etc. In addition, having the possession, exchange, or sale of Bald Eagle feathers violates the act if no permit is obtained. The basic structure of the act resembles the Migratory Bird Treaty Act. 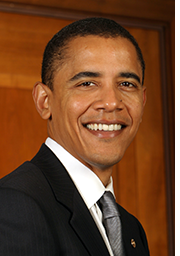 Wind energy companies may now be able to kill and injure Eagles for up to 30 years without penalty.

Now the Obama administration will allow some wind energy companies to kill or injure Bald and Golden Eagles for up to 30 years without penalty in an effort to spur the development and investment in green energy while balancing its environmental consequences.

The White House will provide legal protection for the lifespan of wind farms and other projects for which companies obtain a permit and make efforts to avoid killing the birds.

This decision was based on the requested by the wind power industry to avoid legal prosecution under the provisions of the Bald and Golden Eagle Protection Act.

The new rule makes it clear that revoking a permit which could undermine investments and interest in wind power is a last resort under the administration’s new energy policy.

“We anticipate that implementing additional mitigation measures will reduce the likelihood of amendments to, or revocation of, the permit,” the rule said.

"The federal government didn't study the impacts of this rule change even though federal legislation requires it," said Kelly Fuller, who formerly headed the wind campaign at the American Bird Conservancy. "Instead, the feds have decided to break the law and use eagles as lab rats."

The Obama administration classified the new regulation as an administrative change stating that as such it is not subjected to a full environmental review.

In addition in support of the new regulation, the Fish and Wildlife Service said the new rule will enable it to better monitor the long-term environmental effects of renewable energy projects.

"Our goal is to ensure that the wind industry sites and operates projects in ways that best minimize and avoid impacts to eagles and other wildlife," the agency said in a statement.

The wind energy industry has said the change mirrors permits already in place for endangered species, which are more at risk than Bald and Golden Eagles. Bald Eagles were removed from the endangered species list in 2007 but are still protected under two federal laws.

The Associated Press conducted an investigation earlier this year documented the illegal killing of Eagles around wind farms and the EPA under the Obama administration has not been proactive to prosecute these clear violations of the laws protecting the Eagles and its has attempted to help keep the scope of the Eagle deaths a secret from the public.

The White House has championed wind power spending billions of dollars to promote the industry that according to some studies has yet to have any significant impact on the energy needs in the country.

Although studies show that wind farms turbines have caused the deaths of millions of birds including the Eagles.

A study by federal biologists in September 2013 found that wind farms since 2008 had killed at least 67 Bald and Golden Eagles, a number that the researchers said was likely underestimated. It’s unclear what toll, if any, wind energy companies are having on Eagle populations locally or regionally.

A recent assessment of status of the Golden Eagle in the western U.S. showed that populations have been decreasing in some areas and rising in others.

Wind farms are clusters of as tall as 30-story buildings, with spinning rotors as wide as a passenger jet’s wingspan.

Though the blades appear to move slowly, they can reach speeds of up to 170 mph at the tips, creating tornado-like winds. 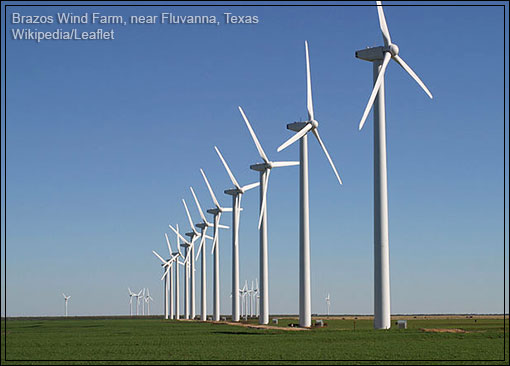 Eagles in flight behave like drivers texting on their cell phones; they don’t look up. As they scan below for food, they don’t notice the industrial turbine blades until it is too late.

Conservation groups, which have been aligned with the wind industry on other issues, said the decision by the Interior Department sanctioned the killing of an American icon.

“Instead of balancing the need for conservation and renewable energy, the (Department of) Interior wrote the wind industry a blank check,” said Audubon President and CEO David Yarnold in a statement.

The group said it will challenge the decision. “Our goal is to ensure that the wind industry sites and operates projects in ways that best minimize and avoid impacts to eagles and other wildlife,” the agency said in a statement.

Given all the studies on the impact of the wind turbines on birds and specifically the Eagles are very important very little has been done to address the impact on the health effect on the populations living near the wind farms.

In a recent interview with several Tribal members of the Manzanita Band of the Kumeyaay Nation located in east San Diego County (Southern California) they expressed serious health concerns as a result of the wind farm turbines near their reservation.

They indicated that they have experienced a dramatic increase in illnesses since the wind farm was installed two years ago.

They also expressed concern over the number of birds that are killed and as to how they are disposed saying "…it is unbelievable".

Oh, by the way, where are the Keystone XL Pipeline protesters? The save the Owl protesters?

The California San Joaquin Valley environmentalists that threatened to shut down California's most productive agricultural areas over a fish? And above all, where are the nation's tribal leaders?

While doing research on Native American Indian folklore regarding eagles, I stumbled on this January 17th, 2014, article by Ernie Salgado pertaining to the Obama administration will allow some wind energy companies to kill or injure Bald and Golden Eagles for up to 30 years -- in direct violation to Federal Law.

I know this article is a little over a year old, but it goes to the heart of how Eagles are looked at by American Indian cultures -- and how the actions on the part of the Obama administration violates the law without impunity.

Ernie Salgado Jr. was born Soboba Indian Reservation on June 13th, 1941. He is a Tribal Member of the Soboba Band of Luiseño Indians.  And served honorably in the U.S. Army from 1965-1971.

Mr Salgado belongs to the Luiseño tribe and lives on the Soboba Indian Reservation near San Jacinto, California.

Mr Salgado is also a member of the San Jacinto Unified School District Board of Trustees for eight years, a California Representative to the White House Conference on Indian Education, is active in Tribal Business Affairs at all levels, has served as Tribal Chairman and as Councilman, served as the Congressional Appointee to the Advisory Council on California Indian Policy Represented the 27 Southern California Indian Tribes, and was appointed to the California American Indian Education Oversight Committee 2007 for the CDE.

For the past 33 years, he has held the position of Executive Director for Ahmium Learning Center, Inc., a Tribal non-profit 501(c)(3) corporation.

My thanks go out to Mr Salgado for allowing me to reprint his article here. It is great to read the American Indian perspective on the killing of eagles today.