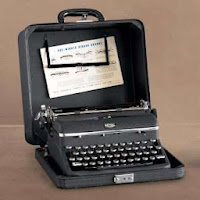 It seems that I have violated Facebook "community standards" once again. And yes, again I have been suspended from posting on Facebook. This time for 7 days.

What was it over this time? Muslim bestiality. Yes, Muslim goat rapers being caught in the act!

Yes, someone posted a night vision video which captured three Muslims caught in the act of sodomizing a goat. I "shared" the same video with my "friends" with a message that read something to the effect: "More proof of Muslim deviant practices. Besides gay pedophiles, they are indeed goat rapers just like their gay pedophile prophet Mohammed. And yes, Obama wants more of them here" ... or something to that effect.

Since the post was pulled, I can't tell you my exact quote. But this morning, though I have seen a great deal of truly raunchy very explicit sex being displayed on Facebook, I was informed that the post I shared was pulled and that I have violated Facebook "community standards." So yes, I have been suspended from posting for the next 7 days this time.

But frankly, I sort of look at this as not a bad thing since I really need a break from Facebook. You see, I use Facebook to get my News simply because of the convenience of having all of my News outlets posted in a way that enables me to scroll down and browse today's headlines -- all without having to go to every website. I also really like the convenience of browsing the headlines of the Conservative blogs that I follow.

I enjoy balancing what I get from news outlets with the facts and such from blogs because many times blogs are printing what news outlets refuse to cover, or that news outlets don't see as news-worthy, or only cover with a Liberal Mainstream Media bias.

We get information today as never before and can "fact check" things for ourselves without having to depend on supposed "fact check" websites such as SNOPES which has shown itself to be an arm of the Obama administration and the Democrat Party. We no longer need to take what our government and politicians hand us as the truth. 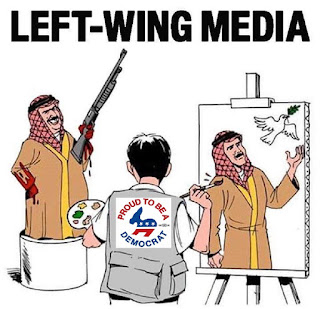 Some say this has hurt our country by making us all a lot more distrustful of the government, but the government should have nothing to hide from us.

I believe the availability of information has meant that we no longer accept what politicians tell us simply on face value. And yes, I believe that with our having more information to use to discern the truth, we are better informed than we've ever been.

Now, I'm sure someone reading this is saying, "Sure, but do we really need the other crap on Facebook like a video of Muslim goat rapers?"

Well, yes and no. While we might not "need" it, it does give us more proof to verify a story one way or another. See whether it's the Muslim practice of sodomizing livestock, killing livestock and dogs for pleasure, or their practice of stoning and mutilating woman and their children for no reason, we now know more about the Muslim culture than we used to.

Because of the Internet in general, we know that hundreds of thousands of mostly male Muslims are flooding into Europe and with them a crime wave of rape and violence had struck Europe not seen seen the dark ages. We now know of Muslim Rape Gangs operating in Europe and which have now made their way to the United States thanks to the policies of Barack Hussein Obama.

We now see that Muslims have absolutely no desire to assimilate into Western cultures and in fact see assimilation as being a violation of their religion. We now see for ourselves the beaten and the beheaded, the attacked and the attackers, the calls for sabotage, the subversives, the hate.

Because of information that we can obtain and verify such as the hate straight out of the Koran, as distasteful as it is, it helps us to determine if we really want such people in our country or not. That is something new. 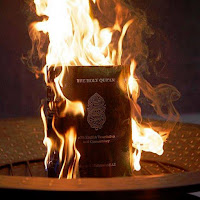 That is something that the Obama administration hates because they cannot control what information we now have available to us. This means that this administration, or any other, will have a harder time getting away with lying to us -- or behaving in a way that they should no be doing.

But also, this means that when someone like Obama calls Islam "the religion of peace" -- we can automatically know for ourselves that he is either lying to us or purposely trying to deceive us.

Informational outlets like Facebook, are called "Social Media," but I see it as more than that. I'm not on there to talk about how my day was, I see as a way for use to have first hand knowledge that is harder to be manipulated and spun first.

Whether folks like it or not, the Internet in general is a way of finding out what is going on in the world before a bias Mainstream Media hands it to us and our government can hide it from us.

Was I always so skeptical of the media and the government when it came to doing their job and dispensing information? No, but now I am because I have found that people in the government lie and so does those in the Mainstream Media when a story does not fit what they want to get out.

It is a sad truth that even I've faced lately. Because of the Internet, we know that the Black Lives Matter hate group wants to turn back the clock and re-impose segregationist policies so that they don't have to come into contact with White, Asian, and Hispanic Americans. Yes, Black Lives Matter is a hate group which actually wants to discard all of the work by great men like Rev. Martin Luther King Jr. and those radical Republicans of the 1800s who wanted to end segregation back then. 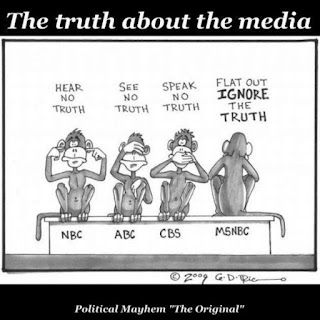 Because of the Internet, we can find out how bad President Obama lied to America during his last State of the Union speech. We can also find out if the Obama administration is ordering the IRS to "forgive" the over $4.5 Million back taxes owed by Black separatist Al Sharpton.

Friends, this information is not readily available away from the Internet news outlets because the Mainstream Media does not want to voice this sort of information. This does not fit their idea of what we need to know. And frankly, they are not happy with knowing that they can't blow smoke up our asses!

So now, while I can still get my new outlets and Conservative blog headlines on Facebook, for 7 days I will not be able to post a comment or share what I may find interesting and believe others will as well.

Yes, some say that just the thought of reading something and the frustration of not being able to comment on it will drive me crazy. Others might think that I do these things to force Facebook to give me a break away from my constantly beating the drum. Then again, there are few out there who may be right in that I may be on information overload and need a break from commenting for a while anyways.

For me, I'm fine with taking a break from posting on Facebook -- both making comments and sharing -- for 7 days. Besides, the world of Facebook will not end because Tom Correa will not SHARE and LIKE and CONFIRM someone's friendship request for 7 days. And frankly, I will be fine.