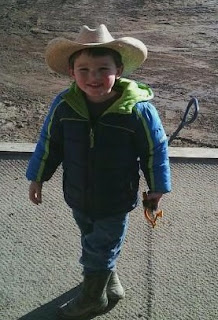 Are the people in charge of Shaffer Union Elementary safeguarding children there?

The very small school has 10 Teachers and their Principal is Ms Terri Daniels who is also Superintendent of the Shaffer Union Elementary School District which only covers that one school.

Let's talk for a moment or two about how do we gather information? To inquire means to address a person in order to gain information. To ask implies no more than putting a question to someone as in to ask for directions.

A query implies a desire for authoritative information or confirmation such as queried research for an article. To inquire implies a searching for facts, or for truth, often specifically by asking questions as in the Benghazi Inquiry where a committee is trying to ascertain the facts of what took place in Libya when 4 Americans were needlessly killed .

To question usually means the asking a series of questions as in being questioned by a police officer as in say questioning someone about witnessing every detail of a crime. To interrogate is something different in that it suggests a very formal or official systematic questioning as with a prosecutor who decided to interrogate a criminal.

Can a simple questioning turn into a full blown lengthy interrogation involving brow-beating and other threatening behavior? Absolutely.

So now, with that being said, what would make the Shaffer Elementary School principal want to interrogate a 4 year old for 2 hours over an incident where the child was the victim of being "bullied", then march the bullied child through the cafeteria to pick out the student who bullied him. This of course only made the 4 year an even bigger target for bullies? Is this really the safe and sane actions of a Principle who does not know how to handle bullying problems? Is this simply the actions of an unqualified Principal with no educational background?

What would make a Principal of any school do such things, then refuse multiple phone calls from a concerned parent trying to find out why the Principal mercilessly question her son for 2 hours before embarrassing him in front of the rest of the students?

What motivated Superintendent/Principal Terri Daniels to tell that parent, "Take your dang kid out of my school if you don't like the way I run my school?"

Was this all a result of Principal Terri Daniels' animosity for the child's parents over an incident that took place when the 4 year old pre-kindergartner was almost a hour and a half late being dropped off by the school bus. Principal Terri Daniels took offense to the boy's parents being upset over not being able to locate their child and not being informed of changes in the bus schedule.

In fact, she took so much offense to the child's parents that she even called a Deputy Sheriff to confront the boy's father after he asked information pertaining to the bus schedule.

That situation took place when the boy's father, a man who is almost deaf in one ear and subsequently doesn't know that he's speaking louder than he needs to, arrived at the school to clarify exactly when the school bus would drop off his son so that his child would not go missing for an hour and a half again. Believe it or not, as the child's father was talking with a secretary, the Principal came rushing out telling the dad not to yell at her secretary. Then ordered the dad to leave.

As he was leaving, a Deputy Sheriff approached him to question him as to why he was there. Later, when the child's parents went to the Sheriff's Department to obtain a copy of the Deputy's report -- they found out there was no report. In fact, the Principal had so much political power that she simply called an off-duty Deputy to come out to confront and intimidate the child's dad. Even after this was found out, the Deputy was not reprimanded and the Principal did not have to answer for her actions.

Because it became very apparent that Shaffer Union Elementary was not safeguarding students there, and the Principal had an obvious lack of concern with their child's safety, and because of the Principal's obvious disdain for anyone questioning her actions, the parents of the little boy were forced to remove their 4 year old from that school.

Because of this Principal's pitiful attitude, the parents of the little boy have now enrolled him in Janesville Elementary School in the neighboring town of Janesville, California. Whereas their family lives only a mile and a half from Shaffer Union Elementary School in Litchfield, because of worries for their 4 year old son's safety at Shaffer Union Elementary, they now have to take their child to another less threatening school 12 miles away.

So now, after being informed of this, I have to ask, what would make a Principal act like that? What would make a Principal interrogate a 4 year old for 2 hours, then walk the small boy through the school cafeteria twice during two different lunch periods with the twisted idea that a very scared 4 year old child is going to point out his attacker?

Frankly, the more I learn about Principal Terri Daniels, the more I have to ask if questions such as if this Principal is the reason why Shaffer Union Elementary School's 205 students fall near the bottom of the average Reading and Math scores for the state of California? Only one third of their students meet the average in Reading and Math. And frankly, that's a sorry commentary for a school with only 205 students.

We've all heard the stories of how under-funded schools with over-crowded classrooms have low scholastic achievement. But with 10 Teachers and only 205 students, and a yearly budget of $1,845,000, while spending an average of just over $5,000 per student, is Principal Terri Daniels the reason for the exorbitantly high salaries and extremely low scholastic achievement records of Shaffer Union Elementary School?

Buried beneath the surface of the happy face of what goes on at Shaffer Union Elementary, the facade that everything is fine, is there a correlation between the overblown ego of a Principal with a dubious record when dealing with parents, the lack of concern for safety of children there, and the low scores?

Is this all a result of poor management on the part of Principal Terri Daniels in a rural area? Why would parents allow one person, Principal Terri Daniels, to wield such a great deal of political power, including her using off-duty Sheriff's Deputies to confront and intimidate parents who question her authority?

I can't help but wonder if this is simply a matter of a Principal having way too much power in a rural area? And if so, is this OK with parents who are afraid of her because of the power she has? If so, Shaffer Union Elementary School is in deep trouble.

Now as for my readers who are wondering why am I concerned about what took place with that 4 year old and his parents. The answer is simple, first I hate injustice of any sort. Second I believe this power hungry Principal should not be in the position she's in. I believe she truly does not look after the children in her care.

Lastly, I hate when someone attempts to screw over my family and friends. The little boy in this story is my youngest nephew Haze Correa. And yes, folks would be hard pressed to find a sweeter, more polite, more loving child.

His parents are my brother Vernon and his wife, Kimberly. Both Vernon and Kimberly are raising a loving, polite, respectful, happy child. Yes, a great kid. He is a little Cowboy who is learning the Cowboy way of loving animals and treating people as he wants to be treated. Yes, they are doing a wonderful job of raising him in a world wrought with power hungry people like Principal Terri Daniels who could care-less if my little nephew got his "face punched" as a much older kid on his bus threatened to do.

While Vernon and Kimberly have taken action, and subsequently taken power away from Terri Daniels, what surprises me is that the small population of Litchfield is putting up with this Principal's bad behavior. It's just my opinion, but I believe they should replace Terri Daniels with someone who is concerned about the safety of their children.