Are We Truly Better Off? 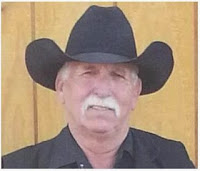 
It truly amazes me how presidents past and present on both sides of the aisle, including this so-called president in office now, love to make the statement that we are better off now than before they took office.

I have spent time researching this very argument for this article and have found these statements to be 100% false, and should you not believe what I am listing below as proof, do the research yourself. Below I will just give a few examples of prices and median income from 1975 to 2015.

There are several reasons why this income deficit has taken place, but in my opinion it has much to do with corporations leaving our country and taking the better paying jobs along with them to countries where lower wages are the norm. This helps feed the greed of many corporations, but of course Greed isn't the only reason.

How about the out of control EPA regulations, as well as the over the top corporate taxes, just to name a few. Many of the factory workers and others who were making $18.00 to $25.00 per hour are now working at jobs where many of them only make ten to fifteen dollars per hour which contributes to both husband and wife having to work in order to pay the bills, yet still just barely getting by.

Neither the majority of Democrats or the Republicans sides of the aisle have truly done anything over the years to address this problem, and they have given me no reason to believe they will do so in the future, the proof is in the figures of the median incomes and such that I have laid out above.

This is why I am willing to give Donald Trump a chance, not only that, but over my sixty plus years I have seen this country fall from its former glory of being that shining star on the hill which immigrants wanted to be a part of instead of coming here to take advantage of.

I listened to Hillary Clinton make the statement, "We don't need to make American great again, it's always been great. We just need to make it whole again."

Wait a minute! If something isn't whole, it's broken! This horrible woman will do nothing but pull this country further down the rat hole to Socialism. She has already made the statement that she is going to come after the guns.

Remember this document called the Constitution as well as the Bill of Rights Hillary? She, as well as Rubio, Bush, Cruz, Kasich, and Sanders are all nothing but the same old, same old, politicians who will tow the party line and do nothing more than their predecessors did before them.

While I don't know about you, that's the way I see it.