The article below is straight out of The Tombstone Epitaph:
March 20, 1882
THE DEADLY BULLET
The Assassin at Last Successful in His Devilish Mission

Morgan Earp Shot Down and Killed While Playing Billiards

At 10:00 Saturday night while engaged in playing a game of billiards in Campbell & Hatch's Billiard parlor, on Allen between Fourth and Fifth, Morgan Earp was shot through the body by an unknown assassin.

At the time the shot was fired he was playing a game with Bob Hatch, one of the proprietors of the house and was standing with his back to the glass door in the rear of the room that opens out upon the alley that leads straight through the block along the west side of A.D. Otis & Co.'s store to Fremont Street.

This door is the ordinary glass door with four panes in the top in place of panels. The two lower panes are painted, the upper ones being clear. Anyone standing outside can look over the painted glass and see anything going on in the room just as well as though standing in the open door.

At the time the shot was fired the deceased must have been standing within ten feet of the door, and the assassin standing near enough to see his position, took aim for about the middle of his person, shooting through the upper portion of the whitened glass.

The bullet entered the right side of the abdomen, passing through the spinal column, completely shattering it, emerging on the left side, passing the length of the room and lodging in the thigh of Geo. A.B. Berry, who was standing by the stove, inflicting a painful flesh wound.

Instantly after the first shot a second was fired through the top of the upper glass which passed across the room and lodged in the wall near the ceiling over the head of Wyatt Earp, who was sitting as a spectator of the game.

Morgan fell instantly upon the first fire and lived only about one hour. His brother Wyatt, Tipton, and McMasters rushed to the side of the wounded man and tenderly picked him up and moved him some ten feet away near the door of the card room, where Drs. Matthews, Goodfellow and Millar, who were called, examined him and, after a brief consultation, pronounced the wound mortal.

He was then moved into the card room and placed on the lounge where in a few brief moments he breathed his last, surrounded by his brothers, Wyatt, Virgil, James and Warren with the wives of Virgil and James and a few of his most intimate friends.

Notwithstanding the intensity of his mortal agony, not a word of complaint escaped his lips, and all that were heard, except those whispered into the ear of his brother and known only to him were, "Don't, I can't stand it. This is the last game of pool I'll ever play." The first part of the sentence being wrung from him by an attempt to place him upon his feet.

The funeral cortege started away from the Cosmopolitan hotel about 12:30 yesterday with the fire bell tolling its solemn peals of "Earth to earth, dust to dust."

Morgan Seth Earp was the younger brother of Deputy U.S. Marshals Virgil, and bartenders Wyatt and James Earp. He was married to Louisa Houston Earp. 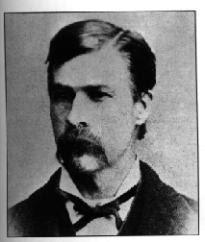 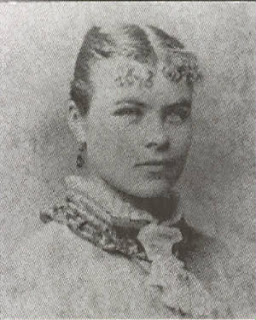