The BLM Goal -- To Rid The West Of Wild Horses

The best-known Oregon wild horses are the Kiger mustangs. The Kiger mustangs are genetically related to the original Spanish mustangs and exhibit similar color characteristics known as the "dun factor," which may include dorsal stripes, zebra stripes on knees and hocks, and bi-colored ears, mane, and tail.

The Kiger mustangs are admired for their color and quality, and seeing the beauty of wild and free-roaming mustangs in the wild is an unforgettable experience. They are living symbols of Oregon’s diverse history and the spirit of the state's western heritage.

They are noted for their beauty, intelligence, and stamina. Because the Kiger herd may be one of the best remaining examples of Spanish mustangs, their preservation is important. And while that is the case for Kiger mustangs, not all wild horses in Oregon get the same respect and concern.

It was announced on July 11th, that the Bureau of Land Management (BLM) Vale Oregon District plans to gather up more wild horses. The gathering is said to last two to four days with an expected start date of July 26th.

The BLM said its objective is to capture 100 wild horses from the Three Fingers Herd Management Area (HMA) and return 50 horses, which breaks down to 25 stallions and 25 mares, to the range to re-establish the appropriate management level following the gathering. The BLM currently estimates the herd population at 202 animals. The BLM estimates the appropriate management level for the area is 75 to 150 wild horses.

The Three Fingers HMA is approximately 25 miles south of Vale, Oregon. The HMA is bordered on the west by the Owyhee Reservoir, on the south by the Leslie Gulch Road, and on the north by the Owyhee Dam.

It has been reported that because of extended drought conditions in the region and a horse population exceeding the appropriate management level have resulted in horses from the Three Fingers herd grazing well outside of Three Fingers in search of water and forage.

The BLM said, this grazing outside of Three Fingers has extended into areas affected by the 2015 Soda wildfire, which burned nearly 280,000 acres in Oregon and Idaho. The BLM said grazing in these areas is especially destructive as the fire rehabilitation efforts are vulnerable to activity of any kind in the affected area.

The BLM says it is necessary to protect these fire rehabilitation areas to prevent the spread of exotic annual weed species, which can potentially convert a burned area to a weed-dominated community. Additionally, the BLM believes that heavy grazing by Three Fingers horses outside the Three Fingers jeopardizes the health of surrounding rangelands, wetlands, wildlife habitat and the health and well-being of the horses themselves.

To me, it sounds like just another excuse being used in their attempt to round up more horses. And yes, I really believe with over 50% of all wild horses in BLM facilities right now, the BLM has a goal of getting rid of wild horses in the West.

A little background on this:


In the 1950s and '60s, a concerned American, Velma B. Johnston, who became known as "Wild Horse Annie" for her dedication to wild horse welfare, led a grassroots campaign in Nevada that led to the Wild Free-Roaming Horses and Burros Act of 1971.

The law directs the Bureau of Land Management (BLM) to carry out a program that includes protection, management, research, and adoption of wild horses and burros in a humane manner.

Oregon's wild horses are known for their quality and color and are popular with those who adopt wild horses in the United States. In 2009, the BLM estimated that approximately 2,600 wild horses were roaming on Oregon’s Herd Management Areas and the Wild Horse Territory.

BLM Herd Management Areas expert believe it is necessary for three to five of Oregon's herds to be gathered annually in an effort to remove "excess" animals and to balance population numbers with the range’s capability to sustain them.

Animals removed from the Oregon range are taken to the Wild Horse Corral Facility near Burns, where they are prepared for the adoption program. Those animals that are not suitable for adoption are sent to federally funded sanctuaries or long-term holding facilities, where they live out their lives on the prairie.

The BLM says that despite these measures, the wild horse population currently "exceeds the official carrying capacity" of Western rangelands.

Controversy still surrounds the BLM’s methods of managing the population numbers and sharing the land and resources. Managers must decide how to allocate scarce resources among horses, domestic livestock, and wildlife.

Since wild horses reproduce fast enough to double their population every four years, the BLM experts believe that the result could be an ecological disaster if left unchecked. Because of this belief, the BLM's management goal is to remove thousands of animals each year and put them up for adoption to individuals who agree to take good care of them.

As a result of what many consider the folly of what BLM policies are doing, the adoption program has never kept pace with the number of animals available. This is so much the case that there were approximately 34,500 horses and burros being kept in holding facilities at a cost of 29 Million Dollars a year, as reported in fiscal year 2009.

Due to the ever increasing cost of feed and personnel to care for the horses, the BLM is now selling off older and unwanted horses. So now, to save money on expenses that the BLM created by way of their screwed up policies, some of America's Wild Horses are being sold directly to horse slaughterhouses and are being euthanized instead of simply being left to live out their lives on the open range.

The Vale District manages 5.1 million acres of public land in eastern Oregon, a number of Americans believe that federal rangelands could support more wild horses. Friends, we're talking about 5.1 million acres. That is bigger than the entire size of the state of Massachusetts or the entire state of New Jersey. That is about the size of Connecticut, Delaware, and Rhode Island combined. That is almost twice the size of the Big Island of Hawaii. 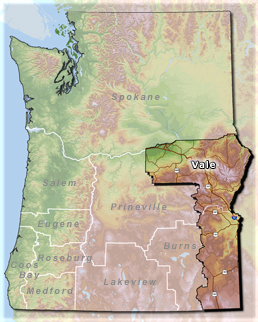 Please understand why I have such a hard time with the BLM saying that they don't have enough room for these horses. I'm from the island of Oahu, Hawaii. That island is only 382,000 acres in size. Today that island has over 1 million residents.

So why does the BLM need to round up 200 horses in an area that is 5.1 million acres in size? It makes no sense unless they are determined to get rid of those horses.

And by the way, I also agree with the claim that rounding up and transporting the horses waste important funding that could be used for more humane management options. But let's not even start talking about how our government wastes our tax dollars!

Bottom line, many Americans like me hate the idea that wild horses and burros have ended up in slaughterhouses. And yes, I believe, as many others do, that the BLM's has plans for the horses which will ultimately result in the end of wild horses in the West. To me, that seems to be their goal whether there is a law protecting them or not.

This article is compiled using many sources.