WikiLeaks Founder says, "Saying Russia Is Responsible for DNC Leak is a 'Diversion'" 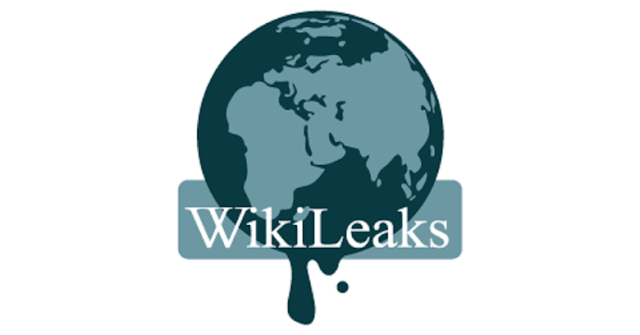 In the wake of the massive leak of internal emails from within the Democratic National Committee, the Democrats are not addressing the substance of the emails, or even who in the DNC wrote such horrible things. Instead, Democrats want to know "who" leaked the emails and who ratted them out?

They don't care what the emails show or that their Party has been shown to be unethical, criminal, ultra-Racist, anti-Gay, or anti-Jewish. Yes, they only want to know to who squealed on them. And guess what, they want us to think the Russians did this. Imagine just how stupid they think we are.

So now, there Diversionary Tactic is to now blame the Russians and Donald Trump in an act of collusion against the Democrats.

It's true, I watched Governor of Maryland Martin Joseph O'Malley repeat the Democrat diversionary line of crap that the Russians had made a deal with Donald Trump because they want to see NATO disbanded.

Click the above link to see the person in my opinion is the dumbest ass in a party that uses the jackass as it's symbol!

Yes, it does not matter that Donald Trump said that he wants NATO members to "contribute more" to the cost of NATO or that Trump wants NATO to be active against Islamic Terrorism, the Democrats lie and lie.

Yes, instead of just coming out and saying that they are going to clean house on those in the DNC who have show themselves, by way of the evidence of their emails, that they are in fact anti-Gay and anti-Jewish, or extremely Racist, they refuse to do so and instead blame Trump.

Now the Democrats have another problem which they refuse to acknowledge. While the Democrats are holding to the story that Russian intelligence and Donald Trump is responsible for the hacked emails, the founder of WikiLeaks said there is "no proof whatsoever" of that.

WikiLeaks Founder says, "Saying Russia Is Responsible for DNC Leak is a 'Diversion' By the Clinton Campaign."

"There is no proof of that whatsoever,"Julian Assange told NBC’s Richard Engel in an interview on Monday.

"We have not disclosed our source, and of course, this is a diversion that’s being pushed by the Hillary Clinton campaign. That’s a meta-story. The real story is what these emails contain and they show collusion."

"The very top of the Democratic party, Debbie Wasserman Schultz, is now being forced to resign," he continued, referencing the impending resignation of the DNC’s current chair, "and other people from the party, which is meant to be neutral, subverting the process in order to make sure Hillary Clinton won the campaign."

Mr. Assange is the editor in chief of WikiLeaks, a government watchdog publication founded in 2006.

The DNC has faced increased scrutiny since the leak for emails seeming to show a concerted effort by many party officials to damage Bernie Sanders' campaign and to aid Hillary Clinton in her race for the Democratic presidential nomination.

Moments after the Democratic National Convention at the Wells Fargo Center in Philadelphia began, incoming interim DNC chair Donna Brazile issued a statement, apologizing to Sanders and his supporters for the "inexcusable remarks" revealed in the internal email hack.

But friends, other than Democrat Chairman Debbie Wasserman Schultz jumping ship and coming out of the closet to formally join the Hillary Clinton Campaign -- which of course that in itself speaks to the caliber of people on the Clinton staff -- no one in the DNC has been held accountable.

And yes, that seems to be the message that we should get loud and clear. The message is: Democrats can be criminals, unethical, racists, anti-Gay, anti-Jewish, and even anti-American, and be not held to any sort of accountability.

Their actions are inexcusable and would be held unacceptable if they were Republicans. This just shows the world how low Democrats will stoop to win an election -- especially when they know they can get away with it.