Being Prepared Really Pays Off

I was going to write this weather report and tell everyone how all of the weeks of nice clear weather has finally came to an end last Thursday. I was going to write how it seems that we can now finally continue with winter. I was going to say something about how the cold winds were the first to get things rolling blowing through these mountains with a vengeance. Then I was going to tell you how the rain came, and soon after that snow flurries whipped up.

I was about to say that since this Thursday it has snowed heavily for the first time in months. Yes, this Winter can be called wet but it really has not been white until now. And friends, Mother Nature is making up for being late.

I was going to say all of that except that I just received pictures from my friends back East and up North in Montana who have had more snow than ever in the recorded history of the United States. This winter has broken all records. So I'm almost certain that no one reading this is going to have sympathy for what is coming down around here right now.

But for those of you who can appreciate all the signs of a "false spring," you know it can be disappointing when winter looks like it's done and yet it ain't.

Not to me, I'm not disappointed because I've been saying that winter just ain't done yet. But as for my wife, well she's only lived up here for a little over five years. And yes my friends, she planted too early this year. So now she's worried about losing all of the new plants that she just put in the ground.

And why am I not really disappointed that she planted early? Well honestly the way I look at it is that if she was happy while planting and the weather was nice, it didn't hurt that she planted when she did. At least I don't think so, besides if the people at Lowe's told her right and the plants she planted are indeed Cold Hardy then she'll be one happy camper if they pull through.

And being happy is a good thing, especially since our power had been out since last Thursday and it just came back on today which is Sunday. Yup, at about two thirty this afternoon the power came back on. And this was a huge surprise of a wonderful type, especially considering that about a half hour before the lights came back on we got a call from PG&E telling us that it would not be restored for another 2 to 3 days.

Lucky for us that we fed all of our animals and left Glencoe on Friday night, and we didn't return until Saturday night. So all in all, since we did avoid one night without electricity, it wasn't as bad as it could have been.

Surprises like the power coming back unexpectedly are great, and yes it was like my wife hit the lottery.

Now I'm sure someone reading this is going to say, "hey Cowboy, what's the big deal about this? Why didn't you crank up your generator?"

Well, that would be a really good point. And to owe up to my being human, all I can say is that I used our gasoline for other things and never got a round to replacing it before the snows came back. And my knowing that Winter really wasn't over yet makes it that much worse, I definitely knew better.

So what does all of this mean to you folks living in the city? Well not a whole lot probably. But to folks living in the country, you all know that it is a real big screw up on my part. Rural living can be more involved than life in the City. So you see, my not having gas for our generator on Thursday means that we didn't have a lot of conveniences that most people in the city take for granted. And most importantly, one extremely special household convenience!

And now you're saying, "So your power was out? Big deal! Light a candle."

Well it's not that easy. We have candles, sure we do, and I have oil lamps and even gas Coleman lanterns and extra mantels. Having light is only one part of the problem when the power goes out. Of course as you know, as soon as the power goes off your refrigerator stops keeping your food cold. And of course you know that your television, and your computers, and clock radio, and your phones go down. If you have an electric stove, then it's down as well.

But living in the country, electricity does a lot more than just light your house, keep the refrigerator going, keep your computer and TV on, keep your phone working, or even having a stove to cook on.

For most guys, I think it's not that big a deal because it is sort of like camping after all. But for most women, it's like camping without a bathroom. And that my friends, makes for a very unhappy camper!

So what was the first things that my wife did when the power came on, well my wife jumped in the shower and washed her hair. Yes, the exact same things she would do at the end of a camping trip if we just got home. Imagine that!

The moral to this story is be prepared. If you live in the city make sure you have candles and matches, or an oil lamp. And if you can, you may want to pick up a Coleman lantern because they are great. Especially these days because they now come in propane and it makes storing and using the propane bottles very easy compared to keeping Coleman fuel on hand.

My recommendations are that you also have extra blankets, a radio and flashlight, and extra batteries. A way to cook like say with a Camp Stove is nice to have, but if not then you might want to keep some can goods on hand. Personally, I can't stand that new freeze dried food made for Astronauts and Mountaineering. So instead the only "Instant Anything" around here is instant oatmeal, instant coffee and instant hot chocolate.

Keep your computer backed up, and like us, you might want to have a phone on hand that can be plugged into a phone line but doesn't need batteries or sit in a base powered with a plug. I have an old dial phone that I've had for years, and it still works great. I think the newer ones cost under $10 at someplace like Wal-Mart. They're great for a Home Emergency Kit for when the power goes out and even your cell phone, which I don't own, goes out or can't get reception.

And if by chance you live in the country, then don't do as I did. Yes I did have wood for our wood stove, but you should be better prepared than I was on Thursday. Keep extra water on hand, and of course have gas for your generator.

It really makes for happy campers. 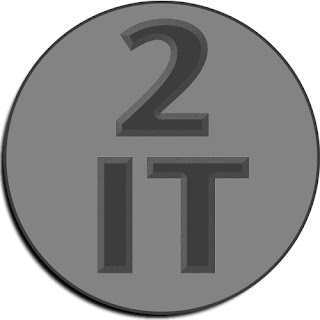 If you need to get a round to it,
here it is!