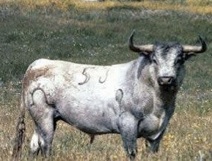 My older brother has had it rough in many ways, and today he is fighting to stay alive.
The day before yesterday, he had chills and really didn't think much of it.

Then yesterday when he was on the phone with my wife, he was pretty incoherent. So my wife, suspecting something was definitely wrong, immediately called 911 to have him rushed to a local hospital.
That was at 2:30 yesterday afternoon. When I started to write this, it was almost 24 hours since he was admitted and the last word that I got was that he is still in trouble.

He has been diagnosed with pneumonia, a weakened heart, and something called "sepsis".  I know what pneumonia is, and as for his weakened heart - well he did have a valve replaced a year ago.  But "sepsis" was one that I'd never heard of.

It was explained to me by his Doctor and a Nurse, that sepsis is an infection and an inflammation in his blood. Sepsis is a potentially deadly medical condition that is characterized by a whole-body inflammatory state.

After they told me what they suspected, both the down side and the up side as to how they will attack the problem. It was consoling to know that my family has such a wonderful group of people working on his condition.  I felt that he was being attended to by Professionals who wouldn't give up.

The staff there asked me to hold his hand, but I really don't think he knew that I was there. I watched as he fought with the Nurses as they were trying to help him. He was delirious. And yes, I believe he was frightened.

One of the Nurses said that he's as strong as a Bull, and I agreed.

It was strange watching him toss and try to pull his EKG wires and other probes off.  It was strange in the respect that I started remembering certain things. There I was trying with all my heart to give him strength. And yes, I knew how hard headed he has always been.

Most probably remember how we fought with each other when we were kids. But really, it was just a case of two strong willed kids with their own way of looking at things. And really, it was all fairly harmless when you look back at it. What most don't know about, or maybe they've forgotten, are all the good times that we've had.

It's funny that while standing there with him in the ER, I tried making him look a little better so I reached up and put my hand on his head and pulled back his hair.

It was funny because at that very moment, I remembered him helping me comb my hair in our bathroom at our old house in Kaimuki when I was a little kid. He was there when I couldn't comb it myself. But then again, I guess that's what older brothers do.

A Doctor walked in and asked me if I was his friend or if I was related to him. After I told him that I'm his brother, the Doctor started asking me all sorts of questions about his medications, the date of his heart surgery, that sort of thing.

They asked me to leave the room because they were going to do a procedure. Then after returning to the waiting room and talking with my family, I left thinking that he was stable.

After I came home, I had to go to the American Legion for our monthly meeting and yearly election.  While there, I was talking with some friends about my brother's condition.  Then I told them about a story that he and I love to laugh about.

Toward the end of my way through Boot Camp, I was selected for Sea Duty which was a premiere assignment in the Marine Corps in those days. Well, I came out third in my Class in Sea School. And because of my coming in as one of the top 3, I was given my pick of ships to be stationed on.

I remember how shocked my First Sergeant was when I picked the caircraft carrier USS Hancock CVA-19.  He told me that that ship was one of the oldest left over from World War II.  He went on to tell me how the ship's crew had cock-roach killing contests, salt water showers, reconstituted milk, and even food rationing.

Then he asked, "Give me one reason, good or bad, as to why you would want to be stationed on such an old scow as the Hancock?"

"My older brother is a Petty Officer stationed on the Hancock!" I replied.

I can still remember the First Sergeant nodding his approval as a small smile swept across his face.

He must have know what I was in for. I was sent to the Hancock. And once there, I found out that everything the First Sergeant said was true. No matter really. You see the one thing that happens when you're stationed aboard ship is that no matter how bad things are, you still find affection for her.

And honestly all in all, it was great that I was on the same ship with my brother. The Hana as she was known was a great ship, and my brother helped me more than anyone ever knew. Since he was already a Petty Officer and had been aboard her for almost 2 years when I showed up, he knew that ship inside and out. And yes, that was a big help!

Over the years he and I have actually grown closer. In fact he calls every few days to shot the bull and catch me up on things like what's going on with his son Steven and his daughter Jessica. And of course, yes, he loves talking about his love of NASCAR and the Oakland Raiders Football Team.

In the last few years, he's had a desire to take up target shooting. One day he was here visiting when he asked me about shooting. He wanted my recommendation as to what kind of pistol to buy.

I remember thinking about it for a moment, then I told him to wait right there while I went inside the house to get a pistol that he might like to shoot.  When I returned to my small shooting range on the side of my house, I loaded the pistol for him and let him have at it.

He loved it. His eyes lit up and he smiled and laughed. He loved how that pistol felt. Then he asked how much would one cost and so on. Since I could see that he really liked it, I gave it to him!

And lately, well we've both been looking forward to him coming out and shooting again. I figure that most likely next week he'll come out and we'll shoot up the steel plates that I use for targets. He's always fun to shoot with.

Love is so different in so many different ways. Of course, there is the love between a Mom and her children. That is definitely different than the love a Dad feels for his kids, similar but different. The love for Mom and Dad is always there and only God knows those ties bind tight.

And of course, there is that love a husband feels for his wife. And yes, vice-versa. Compassion and respect and trust are the corner stones of this love. It is an emotional bond that envelopes your heart and seals it forever.

And yes, there is the love that I have for my horses and my dog. It is vastly different from the love that I had for my job before I retired. And like my older brother who has a love for NASCAR and the Oakland Raiders, I've had a love of fishing and shooting and riding the back country.

My older brother certainly has done some things that has made me shake my head in the past. But in the long run, it just doesn't matter.

I know that some aren't into forgiveness, and honestly I think that that is a shame. Those who can't forgive should realize that there's only so much penance that a person should have to pay for their screw ups.

For me, I'm glad that over the years that we have actually grown closer. And yes, I know he can still be a as pessimistic as the day is long. But honestly, when he's here and relaxed and he allows himself to just let go of his pessimism, it's always great.

We laugh and talk story about where we came from, and yes we even laugh about some of the craziness that comes with a big family. Yes, it's always great.

Earlier I wrote that I left the hospital yesterday thinking that he was stable, well I was wrong. In fact what I didn't know was that the worse was yet to come.

Today when I got to the hospital, I learned that we almost lost him last night. He had stop breathing and the hospital had to put in a ventalator to keep him alive.

And now he's slowly recovering. Slowly, but I'll take anything right now. Today he looks a lot better than he did yesterday. I figure his recovery will be slow but steady. Pneumonia takes a while to heal.

In the next few days, I'll print this out and let him read this. I'm sure he'll get a kick out of it. And honestly, I'm willing to bet that he'll be surprised that I remember him helping me comb my hair when I was a little kid more than 50 years ago.