Have you ever asked yourself why Liberals are so quick to prostitute themselves?

Well, I post this last Friday because it just angers me that a group with ties to TERRORIST can use their wealth to interject their radical Islamic beliefs into our culture through our schools!

This is outrageous and should be stopped!

These school district administrators should be fired for allowing this sort of influence peddling, then criminally investigated to find out if they took any sort of bribes to implement any sort of radical agenda!

What am I talking about?

Tucson Arizona schools are now ready to take $465,000 from an Arab organization with ties to Radical Terrorists Groups including the Muslim Brotherhood and Hamas.

Last week, the governing board of the Tucson Unified School District asked the school board to accept a $465,000 curriculum grant from the Qatar Foundation International, a global philanthropic organization with strong ties to the Muslim Brotherhood - the parent organization of the terrorist group Hamas.

The grant money is intended to implement “innovative curricula and teaching materials to be used in any Arabic language classroom,” reports the Arizona Daily Independent.

Two Tucson schools, Safford K-8 Magnet School and Cholla High Magnet School, will be the recipients of the terror-infested cash, according to Tucson News Now.

About 100 students at Cholla High Magnet School are learning Arabic.

Now, is that a language that will help these kids living in America? No it isn't, but the school doesn't care.

The old joke about a prostitute goes, "We have determined what you are, now it's just a matter of price?"

Well, last year’s school grant for Arabic language from the Qatar Foundation was $55,000.

That's not bad for even the best high-class hookers!

Of course, Tucson Arizona schools aren't the only schools prostituting thmeselves. A handful of similar programs funded by the Qatar charity exist in other American cities.

Maybe its the Black-Islam thing, but for some reason, Harlem and Muslim terrorist groups don't seem to surprise me as much as Tucson Arizona schools do.

In 2012, the Qatar Foundation launched the Research Center for Islamic Legislation and Ethics in Qatar.

The Center’s director is Tariq Ramadan, a prominent Sunni Muslim and the grandson of Hassan al-Banna, founder of the Muslim Brotherhood.

Ramadan had been banned from the United States for several years because he contributed money to a terror-connected charity, reports The New York Times.

However, in 2010 the Obama administration allowed him to apply for a visa so that he could speak on a panel at Cooper Union in Manhattan.

The Qatar Foundation is also closely associated with Sheik Yusuf al-Qaradawi, a strong and candid advocate of the Muslim Brotherhood.

The Egyptian cleric has a popular program on Al-Jazeera television and supervises Islam Online, a popular Internet site for all things Muslim.

The Anti-Defamation League has called al-Qaradawi a “theologian of terror.”

... and another fatwa allowing female suicide bombers to reveal their hair especially for certain suicide missions.

“I support Hamas, the Islamic Jihad, and Hezbollah,” al-Qaradawi said in 2007. “I oppose the peace that Israel and America wish to dictate. This peace is an illusion. I support martyrdom operations.”

In 2008, al-Qaradawi gave a speech in Doha, the capital of petroleum-rich Qatar, heralding “the collapse of the capitalist system, which is based on usury and securities rather than commodities in markets,” according to Islamweb.

“Our integrated Islamic philosophy, if properly understood and applied, can replace the Western capitalism,” he argued.

The fervently anti-Israel cleric has also proclaimed himself a “Mufti of martyrdom operations.”

Mark Stegeman, a member of the Tucson Unified School District board, and an economics professor at the University of Arizona, supports the district’s acceptance of the grant.

“As far as I can tell, the money comes with no strings attached,” Stegeman told The Daily Caller.

“There are people we wouldn’t want to take money from. That would be case by case. The main issue is what we can do with the money,” Stegeman said.

“We get money from lots of different foundations including American foundations that fund all kinds of things. I don’t know what they are funding. If we turn down money from foundations because we don’t agree with what they do, we would turn down a lot of money we could use.”

In 2011, notes the Arizona Daily Independent, there was some controversy in Tucson over the Muslim Brotherhood’s association with the radical Mexican-American political group MEChA (Movimiento Estudiantil Chicano de Aztlán).

At the conference, Palestinian students and Tucson students would share their experiences living in occupied territories.

Is that what America is, do these liberal teachers see America as an occupied land?

Garcia reportedly noted that the Muslim Brotherhood’s “anti-Semitic tone and tenor could create problems because our Raza students are ripe for this kind of influence.”

The occupied territories in which the students in Mexican-American studies courses lived are not named.

In March, a federal judge ruled against teachers and students at four Tucson schools in a lawsuit concerning a 2010 Arizona state law that prohibits school districts from offering course work that endorses the overthrow of the United States government or stokes resentment toward a race or class of people.

The ruling stemmed from a case concerning the Tucson school district’s intervention to forcibly alter coursework in a controversial Mexican-American studies program.

The highly race-conscious program taught history, civics and literature from a pointedly Mexican-American vantage point - all to encourage hate.

Why liberals hate America so much is truly beyond me. And yes, you just have to hand it to liberalism for how it has totally screwed up American schools.

But to take money from organizations with ties to terrorists groups, then teach Arabic, Sharia Law and hate for America?

American schools are filled with administrators who seem to have a problem understanding exactly what positive societal role models are.

When Hamas decided to leave Syria, no Arab country, including Arab Spring countries such as Egypt, Tunisia and Libya, would agree to have them.

Hamas contacted Jordan and Sudan to see if either would open up its borders to it.

They both refused, although they did welcome dozens of Hamas members who left Syria.

So how did Hamas move to Qatar?

They bought their way in. The same way they are buying their way into American schools in Tucson Arizona and elsewhere.

Hamas and the Muslim Brotherhood might have a lot of money to buy off liberal teachers and administrators who are real quick to prostitute themselves, but radical Islam is not a positive role model for any student in any American school.

We do not need to foster Islamic hate in our schools. The Muslims do that in their schools very well, we don't have to follow their example.

If liberals in our schools think Muslim terrorists have redeeming qualities, they are wrong. But all in all, I don't think that matters to them.

Like hookers, liberals only see the color of their money and don't care what they're asked to do for it.

It is very apparent to everyone that the liberal school administrators in Tucson don't matter if spreading hate for America is part of the strings attached to those Muslim dollars.

And yes, this baffles most of America who remembers 9/11. 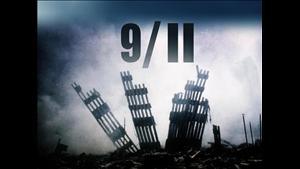