The Declaration of Independence is a statement adopted by the Continental Congress on July 4th, 1776, which announced that the 13 American colonies, then at war with Great Britain, regarded themselves as independent states, and no longer a part of the British Empire.

Instead the 13 American colonies formed a union that would become a new nation — the United States of America.

On this day in 1776, the Declaration of Independence was approved by the Continental Congress, setting the 13 colonies on the road to freedom as a sovereign nation.

The Declaration was ultimately a formal explanation of why Congress had voted on July 2nd to declare independence from Great Britain, more than a year after the outbreak of the American Revolutionary War.

It's important to note that from April 19, 1775 until July 2, 1776, the war was being fought so the colonists could regain their rights as Englishmen that had been taken away by the British government from 1763-1775.

It was in effect a "rebellion" to reestablish themselves as Englishmen, British subjects.

On July, 2nd, 1776, it became a "revolution" for independence to separate themselves from England - to become their own nation, an American nation.

On the 4th of July, our Founding Fathers finally agreed on the wording of the document to create a new nation called the United States of America.

What was the Declaration all about?

The Declaration, the document itself, was written in a way as to justify the independence of the United States by listing colonial grievances against King George III, and by asserting certain natural and legal rights, including a right of revolution.

Having served its original purpose in announcing independence, references to the text of the Declaration were few for the next four score years.

Abraham Lincoln made it the centerpiece of his rhetoric, for example as in the Gettysburg Address of 1863, and his policies.

Since then, it has become a major statement on human rights, particularly its second sentence:

"We hold these truths to be self-evident, that all men are created equal, that they are endowed by their Creator with certain unalienable Rights, that among these are Life, Liberty and the pursuit of Happiness."

This has been called "one of the best-known sentences in the English language", containing "the most potent and consequential words in American history."

The passage represents "a moral standard" to which the United States should strive.

This view was notably promoted by Abraham Lincoln, who considered the Declaration to be the foundation of his political philosophy, and argued that the Declaration is a statement of principles through which the United States Constitution should be interpreted.

As always, this most American of holidays will be marked by parades, fireworks and backyard barbecues across the country. We celebrate the 4th of July for good reason!

It's also worth noting:

Washington had the Declaration read to his troops in New York City on July 9, with the British forces not far away.

Washington and Congress hoped the Declaration would inspire the soldiers, and encourage others to join the army.

After hearing the Declaration, crowds in many cities tore down and destroyed signs or statues representing royal authority.

An equestrian statue of King George in New York City was pulled down and the lead used to make musket balls.

In July 1776, the estimated number of people living in the newly independent nation was 2.5 million.

Today, our nation's estimated population on this July Fourth is 316.2 million

There are 7,354,043 businesses with paid employees in the U.S., according to the 2011 County Business Patterns.

There were 56 signers to the Declaration of Independence.

Benjamin Franklin, John Adams, Thomas Jefferson, Roger Sherman and Robert R. Livingston comprised the Committee of Five that drafted the Declaration. Jefferson, regarded as the strongest and most eloquent writer, wrote most of the document.

John Hancock, President of the Second Continental Congress, was the first signer.

He was a merchant by trade, and his signature was the first in an entirely blank space which made it the largest and most famous signature - hence the term John Hancock, which is still used today as a synonym for signature.

Of course John Hancock said it was large so King George wouldn't need his glasses to read it.

William Whipple, signer of the Declaration of Independence, did in fact free his slave believing he could not fight for liberty and own a slave at the same time.

In the postwar decades, because of the Declaration, so many other slaveholders also freed their slaves that from 1790 to 1810, the percentage of free blacks in the Upper South increased to 8.3 percent from less than one percent of the black population.

Most Northern states abolished slavery at the same time of the American revolution.

Benjamin Franklin, who started one of the first anti-slavery movements in America represented Pennsylvania at the Convention.  At age 70, Franklin was the oldest of the signers.

Edward Rutledge of South Carolina, at age 26 was the youngest.

Both died on the 50th anniversary of signing the Declaration (July 4, 1826). There are 12 counties nationwide named Adams and 26 named Jefferson.

Robert Livingston, who represented New York, was on the Committee of Five that drafted the Declaration of Independence but was recalled by his state before he could sign it.

Charles Carroll, who represented Maryland, was the last surviving member of the signers of the Declaration. He died in 1832 at the age of 95.

Roger Sherman, who worked as a land surveyor and lawyer, represented Connecticut.

So let's talk about fireworks!

U.S. exports of fireworks, by comparison, came to just $11.7 million in 2012, with Israel purchasing more than any other country ($2.5 million).

$231.8 million is the value of U.S. manufacturers' shipments of fireworks and pyrotechnics (including flares, ignitors, etc.) in 2007.

And how about American Flags?

Sadly, the vast majority of this amount ($3.6 million) was for U.S. flags made in China.

According to the latest published economic census statistics, the dollar value of shipments of fabricated flags, banners and similar emblems by the nation's manufacturers in 2007 was $302.7 million

Fifty-nine places contain the word "liberty" in the name.

Pennsylvania, with 11, has more of these places than any other state.

One place has the word "patriot" in its name. Patriot, Indiana, has an estimated population of 209. It sounds like a place that I can really relate to since here in Glencoe, California, we have a population of 189.

The most common patriotic-sounding word used within place names is "union" with 136. Pennsylvania, with 33, has more of these places than any other state.

The British are Coming!

$109.8 billion is the dollar value of trade last year between the United States and the United Kingdom, making the British, our adversary in 1776, our 6th leading trading partner today.

Yes, its good to let bygones be bygones!

Chances are that the pork hot dogs and sausages consumed on the Fourth of July originated in Iowa.

The Hawkeye State was home to 20.3 million hogs and pigs. North Carolina with 8.9 million and Minnesota with 7.8 million were also homes to large numbers of pigs.

Total estimated production of cattle and calves in Texas in 2012 was 6.3 billion pounds.

Chances are good that the beef hot dogs, steaks and burgers on your backyard grill came from the Lone Star State, which accounted for nearly one-sixth of the nation's total production.

6 is the number of states in which the value of broiler chicken production was estimated at $1 billion or greater between December 2011 and November 2012.

There is a good chance that one of these states was Georgia, Arkansas, North Carolina, Alabama, Mississippi or Texas, and is subsequently the source of your barbecued chicken.

And how about the 345 million acres that were needed to plant of potatoes in Idaho in 2012, the most in the nation.

The total 2012 potato crop is forecast to exceed 467 million hundredweight (cwt). That is the the highest level since 2000, when 523 million cwt was produced.

That my friends is a lot of potato salad for those Fourth of July barbecues.

So yes, after you've filled yourself with barbecue and a nice cold drink, give a nod of thanks to the American Rancher and Farmers that worked so hard to bring us the food we eat.

They really do feed America and the world. That's not just a slogan, it is the truth.

Now for the rest of the Story!

A celebration is defined as "the action of marking one's pleasure at an important event or occasion by engaging in enjoyable, typically social activity."

The 4th of July is our day to observe an event, our independence, with ceremonies of respect, festivity, and rejoicing.

After And please don't forget to give a thankful thought to all of those who have fought so hard to form and sustain our great country.

It is a day when we acknowledge and reaffirm our commitment to our freedom and liberty.

Yes, since freedom is not free, our rights come with responsibilities.

• Obeying the law — One of America's founding principles is the rule of law.

Both American citizens, the individuals, and our governments are regulated by laws and not by arbitrary actions. No person or group is above rule of the law.

• Taking responsibility for oneself and one’s family — Getting a job, taking care of one’s family and working hard in keeping with one’s abilities are important American values.

Work contributes to personal sense of self-worth, their dignity and self-respect, and to America’s prosperity.

• Serving on a jury — When called to do so, you are legally required to serve.

Serving on a jury is a privilege that makes the justice system work as it depends on impartial juries made up of citizens.

• Voting in elections — The right to vote comes with a responsibility to vote in federal, state and local elections.

• Helping others in the community — Millions of volunteers freely donate their time to help others without pay, and helping people in need, assisting at your child’s school, volunteering at a food bank or other charity, or encouraging newcomers to integrate.

Volunteering is an excellent way to gain useful skills and develop friends and contacts.

• Protecting and enjoying our heritage — Every citizen has a role to play in defending America.

We shouldn't let those who want to tear down our traditions and heritage adversely effect how we see the core goodness of America.

At the present time, there is no compulsory military service in the United States.

However, serving in the Marine Corps, the Navy, the Army, the Air Force, or in the Coast Guard is a noble way to contribute to America.

Besides an excellent career choice, those who serve learn discipline and responsibility, and gain valuable experience and skills.

By serving, you follow in the footsteps of Americans before you who made sacrifices in the service of our country.

Independence Day is the day that our Founders approved the Declaration of Independence.

Back on July 4th in 1776, those there that day knew one overwhelming fact: the job ahead to build a nation based on individual freedom and liberty would not be easy.

For them, they risked everything including their lives and the lives of their families.

We should celebrate their efforts and deeds, and yes their bravery.

But we should also recommit ourselves to getting involved in keeping our rights and individual freedom and liberty safe and secure and ours.

Years ago, while in the Marine Corps, I remember reading a quote that went, "For those who fight for it, freedom has a flavor the protected will never know."

The quote was found on the back of dead Marine's flack-jacket in Vietnam. 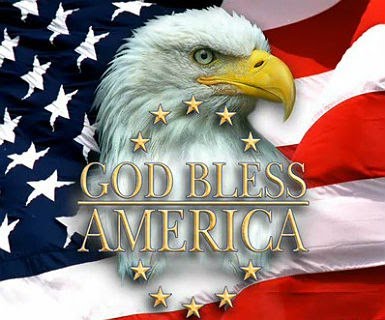