The 36-year-old Stoudenmire had spent the previous years using his considerable gunfighting talents on both sides of the criminal justice system. His time as the law in El Paso would be similarly checkered. The fact is only three days after he took office, he would be at the center of one of El Paso's most notorious gunfights. ﻿﻿Most who witnessed the gunfight generally agreed that the incident lasted no more than five seconds after the first gunshot. ﻿﻿﻿If that sounds like a very short amount of time, it is. In fact, it's one of the very few gunfights that was shorter in time than the later famous gunfight near the O.K. Corral which took only about 30 seconds.
﻿﻿On the day of the "Four Dead in Five Seconds Gunfight," a posse of about 75 heavily armed Mexicans galloped into El Paso looking for two missing Vaqueros named Sanchez and Juarique. The Vaqueros had been searching for 30 head of stolen cattle when they went missing.

Solomon Schutz, Mayor of El Paso, made an exception for the Mexicans, allowing them to enter the city limits with their firearms. Gus Krempkau, an El Paso County Constable, accompanied the posse to the ranch of Johnny Hale, a local ranch owner and suspected cattle rustler, who lived some 13 miles northwest of El Paso in the Upper Valley. The corpses of the two missing men were located near Hale's ranch and were carried back to El Paso.
A court in El Paso held an inquest into the deaths, with Constable Krempkau, who was fluent in Spanish, acting as an interpreter. The verdict was that Sanchez and Juarique had been in the vicinity of Hale's ranch looking for the stolen cattle. The court determined that the American cattle rustlers, among them Hale, had feared that the men would discover the cattle and return with a larger force.

Two American cattle rustlers, Pervey and Fredericks, were accused of the murders of Sanchez and Juarique after they were overheard bragging about killing two cowboys when they found them trailing the herd to Hale's ranch during the night of April 13th - or in the early morning of the 14th.

Meanwhile, a large crowd had gathered in El Paso, including John Hale and his friend, former town Marshal George Campbell. There was tension between some of the Americans, concerned about the Mexicans being heavily armed within the city, and the Mexicans, who wanted justice for their two murdered comrades.

At the inquest, Pervey and Fredericks were formally charged with the murders and immediately arrested. The court was adjourned and the crowd dispersed. They were scheduled for trial at a later date. The 75 Mexicans rode quietly back to Mexico with the bodies.

Marshal Dallas Stoudenmire was present in the courtroom. Then after the court adjourned, he walked across the street for dinner. Constable Krempkau went to a saloon next door to retrieve his rifle and pistol.  There, a confrontation took place with George Campbell over remarks allegedly made by Campbell about Krempkau’s translations and his apparent friendship with the Mexicans.

John Hale, who was reportedly unarmed, was heavily intoxicated and was also upset with Krempkau’s involvement in the matter. Hale grabbed one of Campbell's two pistols and yelled, "George, I've got you covered!" He then shot Krempkau, who reeled backward.

Slumping against a saloon door, Krempkau drew his own pistol.

Marshal Stoudenmire heard the shot, pulled his Colt 45s, and ran toward the gunfight, firing at Hale but hitting an innocent Mexican bystander. It's true, jumping up from his dining chair at the Globe Restaurant and pulling out his pistols, he ran out into the street. And while running, Marshal Stoudenmire fired once wildly. It was then that he killed Ochoa, an innocent college-educated Mexican bystander, who was running for cover.

John Hale jumped behind a thick adobe pillar, but as he peered out from behind it, Stoudenmire shot him between the eyes, killing him instantly.

Campbell stepped from cover with his pistol drawn, saw Hale topple down, and yelled to Stoudenmire that it wasn't his fight.

Constable Krempkau, mistakenly believing that Campbell had shot him, then fired his pistol twice at Campbell before losing consciousness. The first bullet struck Campbell's gun and broke his right wrist, while the second hit him in the foot. Campbell screamed and scooped up his gun from the ground with his left hand. But, Marshal Stoudenmire whirled and fired.

Campbell dropped his gun again, grabbed his stomach, and toppled to the ground. Stoudenmire walked slowly toward Campbell and is said to have glared down at him.

In agony, former marshal Campbell yelled, "You big son of a bitch! You murdered me!"

Stoudenmire said nothing. Campbell and Krempkau both died within minutes. During the "Four Dead in Five Seconds Gunfight," Marshal Dallas Stoudenmire accounted for three of the four fatalities with his twin .44 caliber Colt revolvers.﻿ In just a few seconds, four men lay dead or dying.
As for reports that there were three Texas Rangers standing nearby during the incident? There were, but they did not take part in the fight. In fact, they later said they felt Stoudenmire had the situation well in hand. 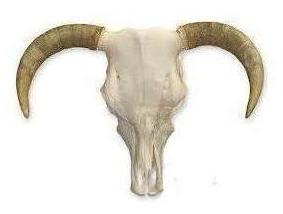