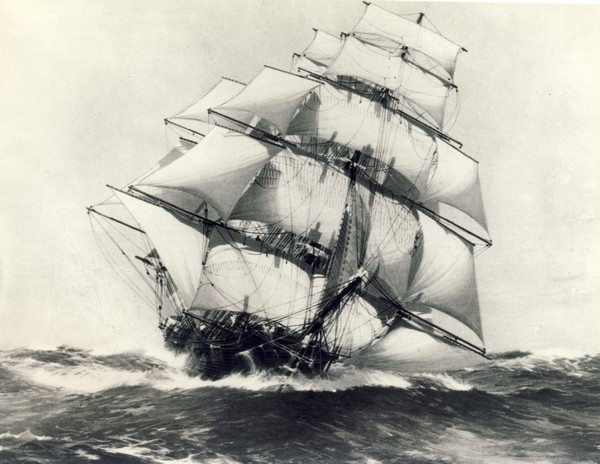 I hate it when I try rushing out an article. Sometimes, right after I click on the publish button, I  notice how the article could have been better. When gathering information about the Old West, or American History in general, I'm always taken by the small stories that were big in its day, or the small facts that have been left out of a story.

I enjoy finding out that Frank and Tom McLaury were not in Tombstone on the day of the gunfight to have it out with the Earps. That story is nothing more than fiction built up by people who think the mundane is too mundane. Sure, Earp supporters like to say that the Frank and Tom McLaury were in town as part of the gang of Cowboys just there to break the law and intimidate the public.

But frankly, that's not true. Fact is, Frank and Tom McLaury were not there in Tombstone that fatal day because they belong to some gang called the "Cowboys". Unknown to the Earps, the McLaury brothers were simply in town to get cash before leaving to travel across country back to their hometown in Iowa to attend their sister's wedding, and to buy a prized bull for their herd.

Some folks think the Old West, our Western expansion, was only by horse and covered wagon, and later by trains. But friends, before trains crossed the open expanse of the West, ships traveled south around the Horn taking thousands to the gold rich California port of San Francisco.


In the early days of the California Gold Rush, it took more than 200 days for a ship to travel from New York to San Francisco. Remember those were the days before the Panama Canal. It was a long hard voyage of more than 16,000 miles.

It was a treacherous voyage that included going around Cape Horn, and subsequently some of the most dangerous waters known to mankind. Yet, in 1851, a clipper called the Flying Cloud made the same journey in only 89 days. It was a headline-grabbing world record which the Flying Cloud itself beat three years later.

The Flying Cloud, America's most famous clipper ship, was the masterpiece of Donald McKay, the foremost marine architect and shipbuilder of his time. Most of my regular readers understand and have accepted the way I write. They know that I don't like political correctness. And yes, it would be politically correct to not refer to a ship as a lady.

When I was a boy growing up in Hawaii, I asked my grandfather why we referred to ships and planes and cars and such as "she" or "her". My grandfather told me something that I've never forgotten. He said, "We do it because the vessel, or the thing that is getting us from one place to another, keeps us safe - just like a mother would when taking care of her child."

For that reason, I refer to the Flying Cloud as a grand lady who took care of passengers and crew as any mother would her children. She was known for her extremely close race with the Hornet in 1853; for having a woman navigator, Eleanor Creesy, wife of Josiah Perkins Creesy who skippered the Flying Cloud on two record-setting voyages from New York to San Francisco; and for sailing in Australia, and the timber trades.

Donald McKay built many fast clipper ships but only one, the Stag Hound was an extreme clipper, even if others may have been advertised as such. You see, it was popular to advertise clippers as "extreme" because of the popular conception of speed. And yes, speed back then meant the same as today - getting somewhere faster!

Clipper ships were born in the shipyards of Baltimore around 1820 and represented the zenith of the age of sail. They had completely new and original naval design characteristics, still emulated today by marine designers.

These included a long and narrow hull, a narrow cutting bow, low freeboard, a streamlined stern, and a deep draft. They were especially renowned for carrying large amounts of sail relative to their displacement and were capable of remarkable speed. The Flying Cloud could be seen racing into port before the wind, her acres of sail flashing in the sun.

An ordinary sailing ship would lift her bows and plunge with the seas. But not this one, as her sleek, jet-black hull sliced through the swells, the only visible motion was the white curl at her bow and an occasional toss of spray. She seemed to skim the waves like a gigantic black and white bird.

The Flying Cloud was built in East Boston, Massachusetts, and intended for Enoch Train of Boston, who paid $50,000 for her construction.

While she was still under construction, she was purchased by Grinnell, Minturn & Co., of New York, for $90,000, which represented a huge profit for Enoch Train & Co.

She was launched in East Boston in 1851, just at the time of the California "Gold Rush", when travel and transport between East Coast ports and California was best undertaken by ship.

A reporter for the Boston Daily Atlas of April 25th, 1851 wrote:

"If great length [235 ft.], sharpness of ends, with proportionate breadth [41 ft.] and depth, conduce to speed, the Flying Cloud must be uncommonly swift, for in all these she is great. Her length on the keel is 208 feet, on deck 225, and over all, from the knightheads to the taffrail, 235— extreme breadth of beam 41 feet, depth of hold 21½, including 7 feet 8 inches height of between-decks, sea-rise at half floor 20 inches, rounding of sides 6 inches, and sheer about 3 feet."

The Flying Cloud acquired a reputation for sailing faster than any other ship of her time. Within six weeks of launch, the Flying Cloud sailed from New York and made San Francisco 'round Cape Horn in 89 days, 21 hours under the command of Captain Josiah Perkins Creesy. Then, in 1853, she beat her own record by 13 hours.

On that record breaking trip again under the command of Captain Josiah Creesy, she made the passage from New York to San Francisco in 88 days, 22½ hours, a feat never again achieved by a sail-powered tall ship.

The Andrew Jackson holds the record for fastest passage pilot-to-pilot, arriving at the San Francisco pilot grounds in 89 days and 4 hours.

Because Andrew Jackson spent all night between the Farrallones and the Golden Gate awaiting a harbor pilot, some will consider this figure as the appropriate indicator of fastest sailing performance around Cape Horn. And though that's the case, the Flying Cloud holds the record time for a completed voyage from New York to San Francisco in 89 days 8 hours anchor-to-anchor.

Then there was the race with the Hornet. The Hornet had a two day head start on the Flying Cloud in their famous 1853 race. She left New York for San Francisco, 26 April 1853, with the Flying Cloud departing two days later.

After the roughly 16,000 mile voyage around Cape Horn, both ships arrived in San Francisco harbor 106 days later at almost the same time, with Hornet sailing in just 45 minutes ahead of the Flying Cloud. The Flying Cloud's achievement was remarkable under any terms. But there is something else she was famous for, that of having a woman navigator.

"It was all the more unusual because its navigator was a woman, Eleanor Creesy, who had been studying oceanic currents, weather phenomena, and astronomy since her girlhood in Marblehead, Massachusetts. She was one of the first navigators to exploit the insights of Matthew Fontaine Maury, most notably the course recommended in his Sailing Directions. With her husband, ship captain Josiah Perkins Cressy, she logged many thousands of miles on the ocean, traveling around the world carrying passengers and goods. In the wake of their record-setting transit from New York to California, Eleanor and Josiah became instant celebrities. But their fame was short-lived and their story quickly forgotten. Josiah died in 1871 and Eleanor lived far from the sea until her death in 1900."

In 1862, the Flying Cloud was sold to the Black Ball Line of Liverpool, England, sailing under British colors without a change of name, and was soon traveling between England and Australia and New Zealand. Her latter years were spent in the log trade between Newcastle upon Tyne, England, and Saint John, New Brunswick, Canada. During her later years, she also carried tea from China to London, making the passage from Foochow in 123 days.

Like all of the fast clipper ships, her time came to a close as steam-powered vessels took over maritime commerce. The Flying Cloud met an unfortunate end when she ran aground in 1874. She could not be rescued, so she was burned to salvage metalwork.

It's true! On June 19th, 1874, the Flying Cloud went ashore on the Beacon Island bar, Saint John, New Brunswick, and was condemned and sold. The following June she was burned for the scrap metal value of her copper and iron fastenings.

After 136 year, that record that stood the test of time was finally broken in 1989 when the breakthrough-designed sailboat Thursday's Child completed the passage in 80 days, 20 hours. The record was once again broken in 2008 by the French racing yacht Gitana 13, with a time of 43 days and 38 minutes.

But frankly, it shouldn't be considered a fair comparison. The crafts that beat the Flying Cloud's record were not ships. They were instead just small racing boats with small crews. They didn't have the tonnage, size, or number of crew to make it an equal race.

It's like comparing a Peterbilt truck and trailer's travel time with that of what it would take for formula one race car to cover the same distance. It's not a fair comparison because it there's simply no comparison between the two.

Today, the Flying Cloud can be seen on one special bottle of Old Spice after-shave. The Clipper Ship Flying Cloud appeared on a  flask decanter back in 1985.