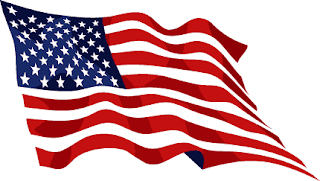 He was born on September 26th, 1925, was born in Glendale, a suburb of Phoenix, in Maricopa County, Arizona.

At the age of 17, he left home to serve in the United States Navy in the dangerous role of an LCT coxswain during World War II.

He was stationed in the Solomon Islands in the Pacific Ocean. To pass the time during the war, he learned to play the guitar, started writing songs, and came to love Hawaiian music.

After his discharge from the Navy in 1947, he began to play at local venues in Phoenix before moving on to host his own show on KTYL.

After that, he then began his own television show on KPHO-TV in Phoenix. Then right after singer Little Jimmy Dickens made a guest appearance on Robbins' TV show, Dickens got Robbins a record deal with Columbia Records.

Marty Robbins became known for his appearances at the Grand Ole Opry in Nashville, Tennessee, and much more.

He was an American singer, songwriter, and multi-instrumentalist.

While some know that he was indeed one of the most popular and successful country and Western singers of all time, his Gunfighter Ballads and Trail Songs was the single most influential album of Western songs in post-World War II American music.

And yes, for most of his nearly four-decades long career, Marty Robbins was rarely far from the top of the country music charts. Several of his songs also became pop hits over the years.

On December 8th, 1982, Marty Robbins passed away because of complications following cardiac surgery.

His voice is legendary. His song will stand the test of time. And as for country music today, his voice has surely been missed.

Ghost Riders In The Sky


She Was Young And She Was Pretty


Yes, after listening to his music, don't you agree that rock has taken over country music - and not for the better.