The other day, a few friends and I were sitting around chewing the fat about horses.

I soon found myself laughing at some of the trail rides that I took with my old horse Murphy before I lost him a couple of years ago.

He was indeed a sort of contradiction in many ways. Some things that I was sure would spook him didn't while others which I thought were harmless and nothing to get excited about did.

All in all he was easy to rope from during a branding and what he did well he did very well, and that was moving cattle and trail riding.

He seemed to want to go into the brush and flush a steer out of hiding, bring back calf and mother, go after the split and bring them back to the fold.

He did that very very well, and yes he seemed to find a second wind at that time of the day when tired was passed up by frustration when finding strays.

On a trail ride, he was a fast walker. Yes, even after 16 years together, I did have to slow him down now and again.

Remembering this all started me thinking about the things that I did to improve my trail rides.

So here are a few tips that I'd like to pass along.

Yes, as most of us already know, horses feel safest in a herd and being herd bound is no fun for a rider who wants to set out alone away from everything and everyone.

Lord knows we all need time alone. And for me, there's no place like on a horse to relax and unwind.

Riding alone can have its benefits in that you don't have to worry about the thing that you should be concerned with when riding with others.

For example, when riding with others, some horses may panic if they feel deserted and in that situation it's best to keep all of the riders in line together.

Of course, if you're concerned about your horse getting kicked by some knothead like my new horse Jack, don't tailgate!

It's smart and courteous to maintain a one horse length between horses. And yes, before you trot on down the trail -- it's a matter of courtesy to check with the other riders in your group.

I was once told that in what someone called a "mixed-levels" group ride, that the experienced riders should be in the lead -- but honestly, I don't agree.

In a group, I've found that a leader who knows where the heck everyone is going should be up front -- it only makes sense since he or she supposedly knows where to lead us.

That leader may or may not be the most experienced rider in the group, but as long as he or she knows where they are going -- they don't have to be.

If it's a ride that most of the riders had already been on, then frankly, riders can pretty much take turns riding in the lead.

For me, the rear should be covered by an experienced rider simply to fix a problem that he or she sees as potentially taking place up ahead.

And as for experienced riders making mistakes, that to can happen.

Years ago I went riding with a lady who had a competition streak a mile wide.

She was some hot shot endurance rider who believed in charging up every hill we came up on.  She finally got so far ahead that she just went off by herself. And honestly, I was happy to see her gone.

Experience in her case was a detriment to her horse. I actually felt sorry for the animal. She was relentless for no reason at all.

I was riding my horse Murphy at the time. When I finally found her, her horse was sucking wind, and she asked if I ever ran my horse?

I told her that I did when it was necessary. I also told her that Murphy was used to moving cows all day, sometimes 8 hours of more. Charging up hills for no reason is not the way I want to treat my horse.

On trail rides, besides you not doing it, don't let your horse get in the habit of charging up hills whenever feels like it. All this does is lead to bad habits!

This leads us to another aspect of trail riding, as in riding in general, stay in charge. Be the boss, but be smart about it.

Before you even think of hitting the trail, you and your horse should have mastered the basics such as whoa, go, and control.

And yes, your horse's confidence is important.

The old blue tarp that covered a neighbor's boat was always spooking my old horse no matter how many times we passed it.

Because of that, I've worked with my new horse Jack to desensitized him to scary objects such as a tarp in the wind -- the noise and movement can make a situation unsafe.

And as for traffic, since I do ride on the shoulder of the road now and then, I've worked with Jack to gradually introduce him to traffic in a controlled situation.

I've had to work with him to teach him to negotiate crossing roads, and yes wooden and metal bridges as well.

Just as with any sort of terrain, we should always keep aware of what's ahead and approach slippery slick or rocky trail conditions slowly.

It's important to stay calm and keep yourself centered in the saddle so that you don't throw your horse off balance.

If crossing a road in a group, patience is the key.

In a group, crossings as a group can be a little tricky, but so that no horse is left behind on the other side -- especially on busy roadway --remember to give it time and have patience.

As I said before, you are the boss, so whether its on the trail or crossing a road, if your horse tries to hurry -- be calm, stay in charge, and settle him down.

On the trail, I've had horses that I've had to refocus their attention by turning them into circles along the trail until they settle down -- this is especially true when they know we're heading home.

As for pulling straight back on the reins, you might want to try pulling him to the left or right while correcting him forward.

At water stops, wait until all horses are done drinking before leaving the watering place.

And yes, as funny as it sounds, I really believe that some horses won't drink if they are distracted by the fear of being left behind.

There are a couple of more things, no mater if you are trail riding or moving cows all day, keep your tack in good shape.

The last thing you want or need is screwed up a cinch or headstall or reins breaking while out on the trail, or worse with no one around as in the case if you were riding alone.

Your saddle, stirrups, reins, bridle all take a lot of hammering and should be treated almost as good as you do your horse.

And yes, that goes to my last tip for better trail riding, taking care of your horse.

We also need to understand the condition that our horse is in. If he hasn't be ridden in a while, it's not fair to treat him as if he's ridden all the time.

Work your horse to the level you want him to be gradually.

And yes, while he is getting there, as owners we must make sure that their hoof care is up to speed as well as his overall conditioning.

Trail riding is fun, relaxing, and gives me a feeling of freedom unmatched by anything else.

While it might seem like a lot to remember, it's not really all that much to think about at first.

Care for your horse and tack, stay in charge, and have patience.

Frankly, that's all there is to it.

All of the things above are not the tough to keep in mind for a better tail ride, after doing them for a while they become second nature -- and yes, you will have a better ride.

At least, that's the way I see it. 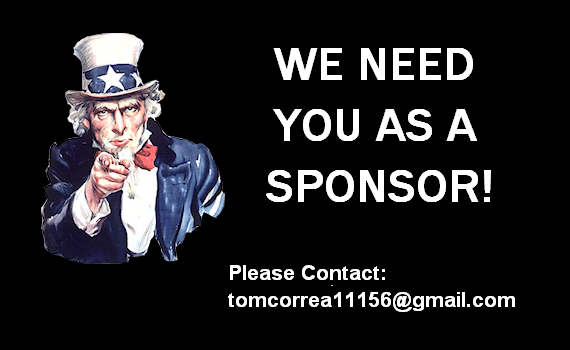