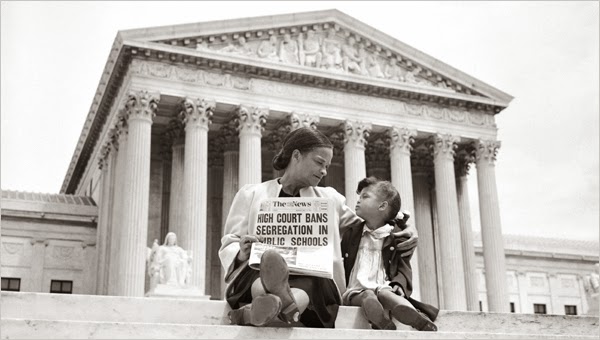 So, along with the IRS political scrutiny, the EPA handing over classified information to environmentalist extremist groups, the DOJ's Fast and Furious scandal, the VA scandal where over 40 veterans are known to have died because of secret lists within that health care system, and now with the scandal brewing over releasing 5 top Al-Queda chiefs in exchange for a deserter, now Obama wants to enable a two-government system in Hawaii based on race "separate but equal."

Yes, while the Obama administration sends out Michele Obama to talk to groups about combating racism and discrimination, even going so far as to instruct seniors at one high school recently to correct their parents if race is discussed in a manner that does not fit the Obama agenda, the administration has been working to divide the state of Hawaii on racial lines.

On May 27th, 2014, it was reported that President Barack Obama’s administration has quietly been trying to create a two-tier "race-based legal system" in Hawaii.

It would be a system where one race gets one set of taxes while another gets another set of taxes, and it doesn't stop there.

Find it confusing? Well, welcome to the Jim Crow Laws and the concept of "separate but equal" of the late 1800s -- what Obama wants for Hawaii!

The Obama administration is calling it a "diversity proposal" and is portrayed as an effort to create a "separate but equal" in-state government for people who are "native Hawaiians."

If Obama succeeds, "what’s to prevent creating similar [self-governing racial] groups out of say, Cajuns, or Orthodox Jews or Amish?” said Gail Heriot, a commissioner on the U.S. Commission on Civil Rights.

"If you can do that with groups that are already part of the mainstream, you can balkanize the country," said Heriot, who is a law professor at the University of San Diego.

But the proposed measure to increase legal diversity is illegal because the president doesn’t have the power to grant one group of Americans the status of a separate government, she said.

"There is no constitutional basis for conferring such status, and Congress has repeatedly refused to confer this status," said Carissa Mulder, a spokeswoman for two members of the federal Commission on Civil Rights.
"This seems to be yet another case of the Obama administration ignoring the law to achieve its policy objectives," she added.

This is just another effort of White House officials and Congressional Democrats to bypass Congressional opposition to his "progressive" policy preferences.

But what's so progressive about dividing the nation on racial lines?

Within the last few weeks, Democratic Senate leader Harry Reid suggested that Obama would reduce enforcement of Federal Immigration Laws because the House has not agreed to double the current inflow of almost two million immigrants and guest workers per year.

The proposed new legal regime for Hawaii is sketched in a Federal document released Friday, titles an "Advanced Notice of Proposed Rulemaking".

"The Secretary of the Interior is considering whether to propose an administrative rule that would facilitate the reestablishment of a government-to-government relationship with the Native Hawaiian community," said the document.
The goal, it claimed, is "to more effectively implement the special political and trust relationship that Congress has established between that [Hawaiian] community and the United States."

The move is likely intended to protect lucrative financial set-asides for Americans who are also part of the Hawaiian racial group, said Heriot.

These set-aside, which include cheap loans, are being threatened by the Supreme Court’s move to curb racial divisions and imposed racial diversity.

In 2000, the court’s Rice vs. Cayetano decision allowed non-Hawaiians to participate in the election of trustees for the state’s wealthy Office of Hawaiian Affairs.

The office holds a large tract of land in Hawaii under a legal trust, which generates revenue that is distributed to racial Hawaiians.

The 7,300 square kilometers of land were granted as a trust to the native Hawaiians in 1920 instead of creating a new tribal reservation that would have segregated Hawaiians from America’s mainstream government, economy and society.

The transfer was solidified in 1959 when Hawaiians voted to become a state in the union, and in 1978 by the creation of the office to oversee use of the trust.

The land was awarded as trust, not a reservation, because Hawaiians are full American citizens. Heriot said, "They’re part of the mainstream."

The Cayetano decision shows the court doesn’t want to encourage further moves toward tribal and racial separatism by granting more power to the race-based groups, such as the Office of Hawaiian affairs, she said.

The bill would have imposing variety on Hawaiians’ shared government, via the creation of a tribal government for Hawaiians.

That bill would have converted Hawaiians’ status from normal Americans into to subgroup similar to American Indians.

Many Indians live on reservations governed by tribal governments since they were overrun during the European settlement of north America.

The Akaka bill would also have transferred the Hawaiian land to the new tribe, allowing it to be used to generate wealth via gambling and other businesses for racial Hawaiians.

But the Akaka bill has failed to gain any traction since 2010, prompting advocates to try this new regulatory end-run around Congress, said Heriot.

To me, this all seems an effort on the part of Obama to dismantle all of the work of great men and women who fought for equality.

It goes against what good men like Martin Luther King Jr had worked so hard to achieve -- equality.

What is wrong with an America where people are not judged by the color of their skin but by the content of their character?

Why is Obama trying to turn Hawaii into an American form of apartheid meaning "the state of being apart"?
Why create a system of racial segregation in Hawaii enforced through legislation by the Federal government?

Why return to the days of "Separate but Equal"?

Why turn back the clock to the horrid past when United States law justified and permitted racial segregation?

Yes, and did so as not being in breach of the Fourteenth Amendment to the United States Constitution which guaranteed equal protection under the law to all citizens -- and other federal civil rights laws.

Under the doctrine of "separate but equal", government was allowed to require that services, facilities, public accommodations, housing, medical care, education, employment, and transportation be separated along racial lines, provided that the quality of each group's public facilities was equal. 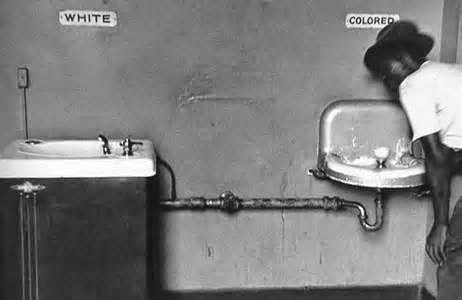 The phrase was derived from a Louisiana law of 1890.

The doctrine was confirmed by the U.S Supreme Court in the Plessy v. Ferguson decision of 1896, which allowed state-sponsored segregation.

Those segregation laws existed with no pretense of equality.

The horrid doctrine was overturned by a series of Supreme Court decisions starting with Brown v. Board of Education in 1954.

For President Barack Obama, who is half-black, to willingly want to bring back the racial divide of days gone by, with a two-tier government system, based on race in a "separate but equal" situation, is just ignorant!

And yes, especially from a man of color who supposedly understands the racial strive, the war for equality, and the history of America.

Use of race-based segregation in America, the idea that one people can be separate but equal established by the state, is against everything that America stands for.

It is against everything fought for in the social and civil rights struggles for over the years.

It belittles and limits the minority races, breaks down national cohesion, and breeds ethnic prejudices.

It is a horrid past that we should never revisit.

And yes, I believe if it were a white president who came up with this -- he'd be crucified!