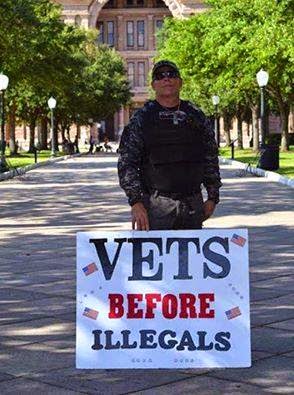 Before talking about how President Obama is giving Businesses an incentive to hire Illegals Aliens over native-born workers, let's take a quick look at the unemployment situation under Obama.

A report out earlier this year spoke to the problem of how unemployeed Veterans are havng a tough time finding jobs.

The report talked about how for the fourth year in a row, Veterans are having a harder time than non-veterans finding jobs.

Though the percentage of recent veterans unable to find work is in decline, mostly because more and more unemployed Vets are falling off the official rolls, the Bureau of Labor Statistics says that there still remains a growing number of Iraq and Afghanistan veterans.

And yes, their unemployment rate outpaces their civilian counterparts.

While Veterans are being hit hard, the number of people looking for jobs last week moved above 300,000 for the first time in nearly three months.

The Obama administration has adjusted the unemployment figures to reflect that it has fallen to 5.8 percent, down from 7.2 percent a year ago, a six year low.


But that number is in dispute, many say the real number is closer to 11 percent nationally.


The difference in offical numbers and real numbers has to do with how many people have fallen off of the unemployment rolls because they are no longer elegible for unemployment benefits.

Of the civilian population, Black unemployment is always much worse than white unemployment -- but the gap depends on where you live.

In August, the jobs report stated that the unemployment rate for blacks was 11.4 percent.

That would be more than twice of the official number of 5.3 percent, which by the way some reports list as the "white unemployment rate."

The Obama administration is talks a lot of the so-called achievements, but they will no speak about the fact that Black Americans faired better under George W. Bush.

Of Latinos, according to the U.S. Bureau of Labor Statistics, 25 million are employed with a 66.5 percent participation rate.

The Obama administration estimates that nearly 9 million Americans are officially unemployed.  But then again, that is compared to 7.6 million before the recession when George W. Bush was in office.

Where does that number come from since those receiving unemployment benefits number 2.3 million? Is it a number pulled out of the air? It is in fact just an estimate of all of those Americans who cannot find a job but fell off of the unemployment rolls.

So now, does President Obama have a plan to help unemployed Veterans? No. No he does not.

Does Obama have a plan to help Blacks get off welfare and unemployment, find jobs and lift themselves out of poverty? No. No, he does not.

As for Latinos here legally, Obama does not have a plan to help them find employment either. 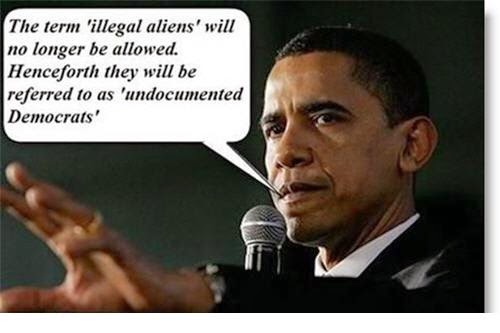 While Obama doesn't care about other groups, believe it or not, Obama does have a plan to find Illegal Aliens jobs!

A report out on November 27th, 2014, ssays that businesses will reportedly have a $3,000-per-employee incentive to hire illegal immigrants over native-born workers under President Obama’s sweeping action on illegal immigration.

Yes, as insane as that sounds, Obama is aiding those who are breaking the law by finding them jobs.

Obama to give Businesses incentives to hire Illegal Aliens over Native-born Workers
How will it take place? Obama is giving companies the incentive by waiving ObamaCare penalties if they hire Illegals instead of unemployed Americans.

It's true! Because of a loophole in ObamaCare, businesses will not face a penalty for not providing illegal immigrants health care, The Washington Times reports.

Subsequently, Illegal aliens are ineligible for public benefits such as buying insurance on ObamaCare’s health exchanges.

Wink, wink, that makes it more attractive to hire Illegals. Want to save money on ObamaCare, hire an Illegal.

After all, Obama said it's all legal to hire an illegal.

The Obamacare loophole puts Illegal Aliens ahead of Native-born Americans when being considered for employment.

“If it is true that the president’s actions give employers a $3,000 incentive to hire those who came here illegally, he has added insult to injury," Rep. Lamar Smith, Texas Republican told The Washington Times.

"The president’s actions would have just moved those who came here illegally to the front of the line, ahead of unemployed and underemployed Americans."

In recent days, Obama is in Campaign Mode again as he pitches and praised the supposed wonderful contributions to the U.S. by Illegals.

And no, they are not immigrants!

He can shout that it is imperative that the U.S. act now to change its broken immigration policy all he wants, but Americans know too well that this President is a liar and con artist.

And yes, Obama is not above twisting around facts to try to make his argument.

For example, Obama cited studies showing that immigrants open one-fourth of all new U.S. businesses and that 40 percent of Fortune 500 companies were founded by immigrants or their children.

He is correct that that is the case. He is wrong, and is flat out trying to deceive the Ameircan people by making us think that the immigrants that he is making reference to were Illagal aliens.

The fact is that those "immagrants and their children" that he speaks of all came here legally. But as usual, Obama leaves out the truth.

As for calling them Illegal Immigrants?

The Liberals, the Socialists, the Democrat Party tried to rename them by calling them "immigants" instead of "aliens".
Two points on this: First, the U.S. Code, Federal law, refers to them as "Aliens."

Second, well the poster below states how I feel about "Aliens" being called "Immagrants", and yes it is just a statement of fact: 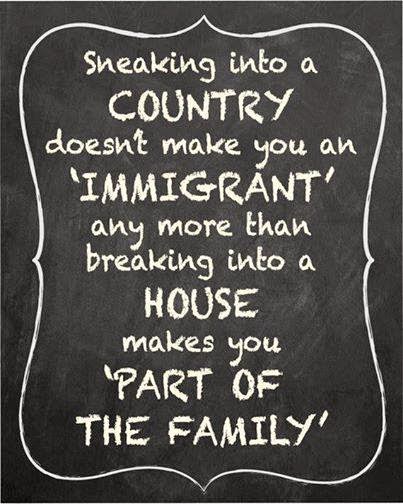 Never in the history of the United States have Americans had a liar and con artist for a president like Obama.

Yes, Obama thinks he can just break whatever law he wants to.
For example: 8 U.S. Code § 1324a - Unlawful employment of aliens

"It is unlawful for a person or other entity—

(A) to hire, or to recruit or refer for a fee, for employment in the United States an alien knowing the alien is an unauthorized alien (as defined in subsection (h)(3) of this section) with respect to such employment, or

(ii) if the person or entity is an agricultural association, agricultural employer, or farm labor contractor (as defined in section 1802 of title 29), to hire, or to recruit or refer for a fee, for employment in the United States an individual without complying with the requirements of subsection (b) of this section."

Yes, President Obama is just thumbing his nose at the law -- all the while giving head of the line privaleges to Illegal Aliens by way of ObamaCare.

Is there anyone still so stupid as to think that Liberals, Socialists, Democrats,  are not trying to destroy America from within?

If so, how much evidence do you need to have placed right in front of you.