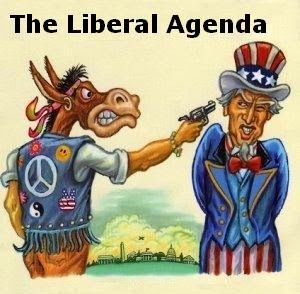 Yes, Democrats never fail to accuse Republicans of "voter suppression" whenever Republicans want to remove dead people from a list of eligible voters.

Democrats routinely say removing dead people from the roles infringes on their voting rights believe it or not.

Friends, it is Voter Fraud. It is cheating the system. And frankly, no matter how Democrats want to excuse it -- it is fraud, and someone should be going to jail.
Lately there has been all sorts of headlines about more Voter Fraud by the Democrat Party in many parts of the country.

In Colorado, new voting rules have made it easy for Democrats to vote in more than one county during this election -- all they have to do is state that they "intend" on moving into that county and they can vote in multiple counties at the same time.

One recent Colorado study found that of the nearly 12,000 non-citizens who were registered to vote in that state, about 5,000 had taken part in the 2010 general election. And this year, twice as many will be voting for Democrats.

Believe it or not, in 10 of Colorado's counties in 2012, voter registrations outnumbered the total voting-age population by between 40%. And yes, this year will be worse because of the organizational skills of multi-millionaire liberal Democrat donors.

One target to use as a mean of skirting the law is Colorado's mail-in ballots which by some estimates have been falsified by the thousands.

Chicago and Maryland have voting machines that have actually switched Republican votes for Democrat votes.

In most states, there has been story after story about Illegal Aliens voting for the Democrat Party.

In a forthcoming article in the journal Electoral Studies, university professors Jesse Richman and David Earnest conclude that a significant number of non-citizens -- who support Democrats about 80% of the time -- will vote in this elections.

And yes, "their participation can change the outcome of close races."

So why do Illegals vote for Democrats? They do it with the promise that Democrats will give blanket Amnesty to every Illegal who can prove that he or she voted for a Democrat.

Yes, the Democrat Party is serious about winning on Election Day. They are very serious about beating the Republicans on November 4th. And yes, they will use any lie, any tactic, and sort of smear to win.

Yesterday, it was reported that Alex Wagner said that Democrats are OK with racial fear tactics if that's what it takes for Democrats to win.

And yes, she would know! The woman whose recent wedding President Obama attended says Democrats are okay with stoking the racial fears of black Americans --if that's what it takes to drive them to the polls and secure Democrat victories.

Alex Wagner devoted a segment of her ultra-Liberal MSNBC show to the racial fears of black Americans -- and Democrats making appeals to those supposed fears in campaign ads.

Basically, she was stirring up more racial tensions on behalf  of the Democrat Party.

You might think Wagner would have condemned these ugly tactics, explicitly aimed at driving Americans apart based on their race -- but instead, she embraces them.

She actually concluded his anti-Republican segment by saying that it shouldn't have to be the kind of threats contained in these ads to get people to vote, saying "but if it does, so much stronger the [Democrat] party is for it."

And no, Wagner is not the only Liberal to use threats and racial tensions to smear Republicans in order to win on Novembe 4th.

Senator Mary Landrieu, who has been in politics since she was 23, and was elected a number of times now describes herself as a victim.

On Thursday, to the shock of many people who follow politics, she said that one of the reasons she is losing her campaign for re-election is that her state -- the state that voted her into office -- is actually sexist.

Does that make any sense? No, but she didn't stop at calling the people of Louisiana sexist folks who hate women.

Believe it or not, Mary Landrieu also went on to say that President Obama is unpopular in her state of Louisiana because of his race.

She is quite a piece of work. Speaking with NBC’s Chuck Todd, Democrat Mary Landrieu who is the present Senator from Louisiana had the nerve to say, "I'll be very, very honest with you. The South has not always been the friendliest place for African-Americans."

Then pointing to herself as a victim of the horrible treatment from the folks of Louisiana, Senator Landrieu continued by saying, "It’s not always been a good place for women to present ourselves. It’s more of a conservative place."

Of course, Democrat Senator Mary Landrieu found it better not to mention that her low approval ratings might stem from the fact that she was the deciding vote for Obamacare.

Yes, she is the reason that America has ObamaCare and its millions of regulations.

And of course, Senator Mary Landrieu didn’t state in her interview that President Obama’s approval ratings are dismal in Northern states as well as in Southern states.

But than again, why would she? She is a liar, and a fact like Obama's unpopularity throughout the entire United States with maybe the exception of Hawaii would not help her argument that ALL of the South is sexist and bigots.

Of course, they weren't when she and Obama were elected before -- but now they are out of convenience for the Democrat Party.

By the way, after Senator Landrieu stated the crazy comments to NBC's Chuck Todd, I found one part of his reply pretty amazing since it was coming from NBC which has been staunch supporters of both Obama and the Democrat Party.

Chuck Todd's reply, "You know, what's interesting there is other Democratic folks that I talked to in the South, they use different language. Mark Pryor told me the President just doesn't understand rural America."

While the Senate is the prize next Tuesday, with many thinking we finally have a our chance to get rid of Harry Reid who has absolutely refused to allow any Bill from the House of Representatives to even be discussed nevertheless voted on, there are other races in States that are just as important.

And yes, even there, Democrats are so desperate that they are now resorting to trying to shame and threaten voters into voting for them.

Take for example what is going on in New York state.

Desperate Democrats in New York sent out shaming letters to One Million voters this week in what is being called a "bullying tactic" to get them to the polls, the New York Post reported.

The New York State Democrat Committee mailed the "threatening" letters this week to registered Democrats who had not voted in the 2010 midterms, warning them that they will know whether they vote or not on November 4.

Yes, the Democrat Committee will know and take actions against you if you are a Democrat and don't vote.

As incredible as it sounds, that is what's happening in New York. And yes, some say other state Democrat Committees have resorted to the same bully tactic.

"Who you vote for is your secret," the letter says. "But whether or not you vote is public record. We will be reviewing voting records . . . to determine whether you joined your neighbors who voted in 2014."

As ominous as that sounds, I'm sure some people will be afraid of retribution from the Democrat Party.

The notice concludes with what the New York Post says is actually a line better suited to a mob movie than a major political party, "If you do not vote this year, we will be interested to hear why not."

Yes, the Democrat Committee letter to their voters finishes by threatening them.
"It's a threatening letter," the insider told the paper. "It's a scare piece that is unnecessary and inappropriate."

Angry residents in Brooklyn and Manhattan who received the letter called it "ludicrous and menacing,"

Some said it was a blatant attempt to shame them, while others understood the threats very clearly.

The letter and accompanying postcard contained the phone number of Election Protection, a non-partisan voting organization, which has since received a "significant" number of complaints about the note.

Believe it or not, as strange as this sounds, the New York Democrat Committee, chaired by former New York Gov. David Paterson, claimed that "the scare tactic" is standard practice throughout the country by the Democrats.

The letter came under attack from Republican gubernatorial candidate Rob Astorino, who is hoping to unseat the heavy favorite Andrew Cuomo.

"Threatening and intimidating people is not how honorable elected leaders operate."

What Astorino probably doesn't understand is that Democrats will resort to anything to win, even if it means threatening fellow Democrats who they know they can intimidate.

It is hard for good people to understand people like Andrew Cuomo and MSNBC's Alex Wagner who, as stated earlier, said that it shouldn't have to be the kind of threats to get people to vote, saying "but if it does, so much stronger the [Democrat] party is for it."

As sorry as that is, that is the Democrat Party.