The Vigilantes Of California, Part Four 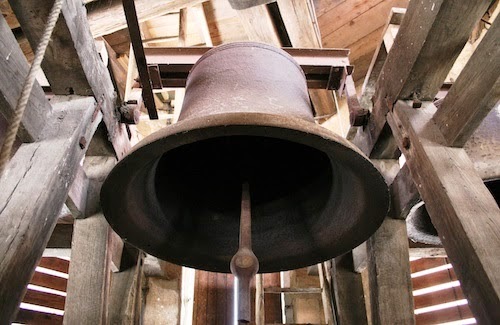 If opinion was divided to some extent in San Francisco, where those stirring deeds occurred, the sentiment of the outlying communities of California was almost a unit in favor of the Vigilantes, and their action received the sincere flattery of imitation, as half a score of criminals learned to their sorrow on impromptu scaffolds.

There was no large general organization in any other community, however.

After a time some of the banished men came back, and many damage suits were argued later in the courts; but small satisfaction came to those claimants, and few men who knew of the deeds of the "Committee of Vigilance" ever cared to discuss them. Indeed it was practically certain that any man who ever served on a Western vigilance committee finished his life with sealed lips. Had he ventured to talk of what he knew he would have met contempt or something harsher.

A political capital was made out of the situation in San Francisco. The "Committee of Vigilance" felt that it had now concluded its work and was ready to go back to civil life.

On August 18, 1856, the Committee marched openly in review through the streets of the city, five thousand one hundred and thirty-seven men in line, with three companies of artillery, eighteen cannon, a company of dragoons, and a medical staff of forty odd physicians. There were in this body one hundred and fifty men who had served in the old Committee in 1851.

After the parade the men halted, the assemblage broke up into companies, the companies into groups; and thus, quietly, with no vaunting of themselves and no concealment of their acts, there passed away one of the most singular and significant organizations of American citizens ever known.

They did this with the quiet assertion that if their services were again needed, they would again assemble; and they printed a statement covering their actions in detail, showing to any fair-minded man that what they had done was indeed for the good of the whole community, which had been wronged by those whom it had elected to power, those who had set themselves up as masters where they had been chosen as servants.

The "Committee of Vigilance" of San Francisco was made up of men from all walks of life and all political parties. It had any amount of money at its command that it required, for its members were of the best and most influential citizens. It maintained, during its existence, quarters unique in their way, serving as arms-room, trial court, fortress, and prison.

It was not a mob, but a grave and orderly band of men, and its deliberations were formal and exact, its labors being divided among proper sub-committees and boards. The quarters were kept open day and night, always ready for swift action, if necessary.

It had an executive committee, which upon occasion conferred with a board of delegates composed of three men from each subdivision of the general body. The executive committee consisted of thirty-three members, and its decision was final; but it could not enforce a death penalty except on a two-thirds vote of those present. It had a prosecuting attorney, and it tried no prisoner without assigning to him competent counsel. It had also a police force, with a chief of police and a sheriff with several deputies. In short, it took over the government, and was indeed the government, municipal and state in one.

Recent as was its life, its deeds to-day are well-nigh forgotten. Though opinion may be still divided in certain quarters, California need not be ashamed of this "Committee of Vigilance." She should be proud of it, for it was largely through its un-thanked and dangerous safeguarding of the public interests that California gained her social system of today.

In all the history of American desperadoism and of the movements which have checked it, there is no page more worth study than this from the story of the great Golden State. The moral is a sane, clean, and strong one.

The creed of the "Committee of Vigilance" is one which we might well learn to-day; and its practice would leave us with more dignity of character than we can claim, so long as we content ourselves merely with outcry and criticism, with sweeping accusation of our unfaithful public servants, and without seeing that they are punished.

There is nothing but manhood and freedom and justice in the covenant of the Committee. That covenant all American citizens should be ready to sign and live up to:

"We do bind ourselves each unto the other by a solemn oath to do and perform every just and lawful act for the maintenance of law and order, and to sustain the laws when faithfully and properly administered. But we are determined that no thief, burglar, incendiary, assassin, ballot-box stuffer or other disturber of the peace, shall escape punishment, either by quibbles of the law, the carelessness of the police or a laxity of those who pretend to administer justice."

What a man earns, that is his -- such was the lesson of California. Self-government is our right as a people -- that is what the Vigilantes said. When the laws failed of execution, then it was the people's right to resume the power that they had delegated, or which had been usurped from them -- that is their statement as quoted by one of the ablest of many historians of this movement. The people might withdraw authority when faithless servants used it to thwart justice -- that was what the Vigilantes preached. It is good doctrine today.

-- end of The Vigilantes Of California.

As with other Vigilante groups, both big and small in both other parts of California and around the nation, the San Francisco Committee of Vigilance was about the restoration of law and order by the Citizenry. When the law failed, when abuse of political office was conducted on a daily basis, when government corruption and neglect for the law was rampant, when security and justice for the people was not looked upon as a primary concern by the local government, the people exerted their right to assume control of an out of control situation.

I believe, like what is going on in Europe today with the formation of Vigilante groups, it is what happens when servants of the people believe they are above the law and use their power to impose tyranny upon the citizens. It is what happens when our laws are not enforced and favoritism is given to a select few in a population. It is what takes place when criminals rape, pillage, and blunder, create lawless zones, and the people are frightened for their own safety.

I find it amazing that thousands of San Franciscans participated in the Vigilante committees at the time. As for the idea that none of this "should" be necessary, it appears We The People time and time again prove that we better take care of ourselves when the government is too corrupt and fails at it's number one responsibility of providing security for our nation.

While law enforcement in America is tasked with maintaining order, they were born out of a need for security. And while that is the case, their ability to provide security is limited. Subsequently, We The People must be willing to accept that fact that we are ultimately responsible for our own security.

And yes, if that means we should band together to create Vigilante groups, Citizen Committees, to provide our own security -- especially in a society where the government has failed to do so, or the corrupt are in control, or where the police are outnumbered -- then it is our duty to do so.

And yes, that's just the way I see things.
Tom Correa
Editor
The American Cowboy Chronicles
Posted by Tom Correa at 10:14 AM