It truly amazes me how the left-wing media and others get away with calling Donald Trump a Fascist. Mr. Trump shows less propensity to Fascism than Hillary shows as being a Communist and a believer in the One World Order.

I use to believe Hillary to be a Socialist but it's this person's opinion that she has graduated into Communist tendencies more so than Socialist tendencies, and the left-wing media is marching along beside of her carrying the banner on high. Let me give you just a few examples of which I speak.

Hillary Clinton believes that our borders are secure enough and also believes in bringing in more so called Syrian refugees, and that's by her own words. She has also stated that she is coming after our guns and the 2nd Amendment, again her own words.

Being that Socialism is only a very small step into Communism, which is what the One World Order would amount too, the Communist ideals of Socialism are being pushed to our young children from elementary school all the way through college.

Why? Because teaching Socialism and convincing our young people that it would be some kind of Utopian world, the transformation into Communism at a later time would be an easy step to take, especially if Hillary is able to win the presidency and appoint her anti-gun buddies into the Supreme Court, which is exactly what she will do.

If anyone believes that gun control is not a Communist agenda then they are ignorant people with their heads in the sand just like a bunch of ostriches, or just like the three monkeys of hear no evil, speak no evil, and see no evil.

In my opinion these people are nothing more than brain washed robotic idiots who will allow themselves to be led to slaughter just as the sheep that they have become. I will give you a few more examples below that proves my point about the gun control issue that Hillary is so adamant about.

"All political power comes from the barrel of a gun. The Communist Party must command all of the guns, that way, no guns can ever be used to command the party." -- Mau Tze Tung, November 6, 1938

Germany established gun control in 1938. From 1939 to 1945, 13 million people, mostly Jews, were rounded up and exterminated because they could not defend themselves.

In 1929 the Soviet Union established gun control, and from 1929 to 1953, 20 million dissidents who could not defend themselves were rounded up and exterminated.

China established gun control in 1935. From 1948 to 1952, approximately 20 million dissidents, just like the Soviet Union, were exterminated because they could not defend themselves.

As late as 1970, Uganda established gun control, and from 1971 to 1979, 300,000 Christians were rounded up and exterminated. Again, these people had no weapons to defend themselves with. 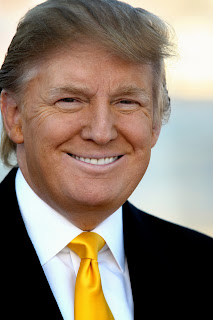 If Donald Trump was anything but an American, he would not be for putting up a wall on the border to keep people out who want to destroy our way of life which falls into the agenda of the One World Order.

If Donald Trump was anything other than an American, he would be against the Second Amendment just like a Fascist, Socialist, or a Communist would be, but this is not the case with Mr. Trump. On the other hand, this is the case with Hillary Clinton who has made me believe that she is actually a Communist and no longer just a left-wing nut job and Socialist.

Don't you find it funny that the people who are calling Mr. Trump names and labeling him as a Fascist are the same people who are for open borders, gun control, and bringing in more and more radical Muslim refugees into our society which is nothing but a danger to our people and our way of life?

I don't know if Mr. Trump will be a great president or not. But I do know this, with Mr. Trump we at least have a chance. With Hillary Clinton, we are going to head down the path to destruction of our values, our way of life, and even our Constitution.

And while I don't know how you see it, that's the way I see it.