This Is About Our War With Islam 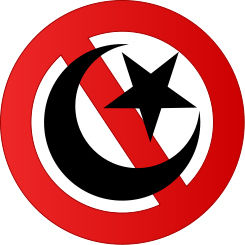 Guns are not the problem in America. Gun availability is the scapegoat of the Democrat Party for every shooting.

The availability of guns to people wanting to commit a crime will not stop if criminals want to find them.

Criminals will steal them. Criminals will buy them from other criminals illegally -- all while laughing about Background Checks and Gun Shows.

And let's be frank here, criminals will lie to good people and befriend them just to buy their guns. Criminals know more scams, con games, ways of getting over on people, way more, than most of us will ever know. It is the life they live. It's the reason they're called criminals.

As for stricter gun laws, Chicago is a great example of how nothing stops criminals from getting guns illegally. Friends, it is not just ironic that 50+ Black people are shot in Chicago on any given weekend -- and they have the strictest gun laws of any city in the United States.

What goes on in Chicago lends creed to what happened in Orlando, stricter gun laws wouldn't have stop what took place in Orlando because Chicago proves criminals find guns illegally all the time.

But the Muslim Jihadist who massacred those Americans bought his gun legally?
Well, as for buying semi-automatic rifles of any sort legally, a Radical Islamist hear in America can do that. He or she can do that the very same way a Black Panther Party and Black Live Matter terrorists can do that legally. But my point is that buying it legally doesn't stop a criminal. They can get guns illegally if they have the money, just as anyone can.

The Muslim who bought the guns legally to wage Jihad in San Bernardino, California, went through both the Background Check and the mandatory 10 Day Waiting Period. Now it has become very apparent that the Muslim Terrorist in San Bernardino used California's mandatory 10 Day Waiting Period as time to plan out how they were going to conduct a massacre of innocent people.

And frankly, that just goes to show that even after a Background Check with the state and a 10 Day Waiting Period -- that still didn't stop Radical Muslims in San Bernardino from slaughtering the unarmed and helpless in the name of their pathetic prophet who preaches baby raping and murder.

Now here's another aspect of Muslims getting guns. Do Muslims have another options if they decide to conduct an attack but not buy them legally or illegally? What if the guns that a Muslim Jihadist wants isn't available to the public?

You see, in Europe right now, Muslims who are Jihadists are getting "military grade" weapons from Mosques being built and sponsored by Saudi Arabia. Yes, the same Saudi Arabia government who gave millions to the Clinton Foundation is sponsoring Islamic Terrorism.

And friends, this is why the Muslim attack in Orlando is a Muslim problem and not simply a gun problem. This is about our being at war with Islam.

Reports from the police investigating the Muslim Terrorist attacks in Paris on November 13th of last year have now shut down a number of Mosques in a series of raids meant to round up Islamic extremists. While closing those Mosques, officials there have found Jihadist documents and over 400 "military grade" weapons and explosives -- all destined for terrorists.

Friends, the guns which the Muslims used in the terrorist attacks in Paris are not sold to the French public at all. Those weapons came from outside of France.

I've read reports that say the very same thing is taking place here in the United States. And no, I'm not talking about the Democrat Party's bullshit version of "guns of war" which they call ALL semi-auto rifles -- but instead guns of the same "military grade" used by nations around the world in their militarys.

This problem is being spread throughout Europe as Muslims are obtaining fully automatic weapons from their Mosques all over the European continent. This problem is not confined to France.

This in itself proves that Muslim Terrorists laugh at gun bans because they do not need to buy guns through regular channels if the guns they want are unavailable.


Since Obama created ISIS and Syrian Refugees have invaded Europe, many shipments of arms have been stopped in route to Mosques. One such shipment meant for Muslim Refugees in Greece was labeled furniture.

Because Muslims can get weapons from their Mosques, what's going on in France and the rest of Europe proves that Mosques are not being used as places of worship but instead are being used as military command posts. Mosques are in reality places where Jihadists plan out their attacks. They are also places where they receive funding and supplies, and armed to kill non-Muslims. This is not my opinion. This is fact of what's going on right now.

Every aspect of the Muslim attack in Orlando screams a failure on the part of our Federal government with Obama in charge. Instead of bowing to Political Correctness and deciding not to keep records on Jihadists and treating them as our enemies, the FBI and Homeland Security were ordered by the Obama administration to scrub the records and allow known Jihadists to walk free to kill Americans.

The blood of those 50 Americans who died in Orlando is on the hands of the Obama administration which has done everything they can to support and defend Islam -- when they should have been do so for the American people.

Please do not let the Democrat Party, Obama, Clinton, or any of their bought dogs, make this a gun issue when in fact it is about how they are not waging war on our enemy which is Islam. The issue here is about their failure to wage war on our behalf and the Democrat Party appears to be OK with that!

Yes, it is not about guns as Obama and the Left wants people to think. It is about how we wage war with fanatical killers, a murderous cult, all bent on our destruction. It is about the laziness of an inept Obama administration that spends most of its time defending Muslims who want us either converted to Islam or dead!

We should round up those on the Terrorist Watch List and question them starting yesterday. If the Obama administration refuses to instruct Homeland Security and the Justice Department to round up all Muslim threats on that list, then Congress should order one or all of the 70 Federal law enforcement agencies to do so.

If we determine an individual is real threat, then charge him with treason and try him or her as a threat to the security and safety of our nation. If we determine that it is just a matter of where, when, and how, then we need to arrest him or her and detain them until we can deport them.

We also need to identify where the Jihadist are getting their orders from and who is funding, supplying, and arming them, then take actions against them as an enemy state -- whether it's Saudi Arabia or the Obama White House.