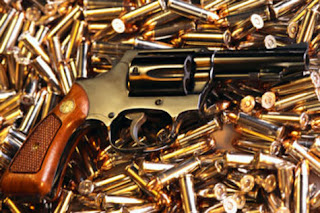 
Back on May 17th, a significant event took place when U.S. District Judge Richard J. Leon ruled that a key provision used by the city of Washington D.C. in their new concealed-carry law requirements was unconstitutional.

City officials there were demanding that a person trying to obtain a concealed-carry permit show "good cause" -- a stipulation which as been struck down nationally. The city was using that provision in their law to disapprove a concealed-carry request. It was meant to stop their residents from being able to exercise their Constitutional right.

Now, as of May 17th, Judge Leon ordered Washington D.C. police to stop requiring individuals to show "good reason" to obtain a permit to carry a firearm when in fact they do not have to do so.

"The enshrinement of constitutional rights necessarily takes certain policy choices off the table," Judge Leon wrote in a 46-page opinion, quoting a 5-to-4 Supreme Court decision in 2008 in another District case that established a constitutional right to keep firearms inside one’s home.

Judge Leon said the right applies both inside and outside the home, he wrote, "The District’s understandable, but overzealous, desire to restrict the right to carry in public a firearm for self-defense to the smallest possible number of law-abiding, responsible citizens is exactly the type of policy choice the Justices had in mind."

This is great news for Americans living in Washington D.C. because this means if a law abiding citizen wanting a permit just has to qualify for the permits, and not be denied because the department deems their "good cause" not good enough.

Of course city officials are probably pretty angry since Judge Leon did not accept the same old anti-gun arguments that insists that such anti-gun regulations are needed to prevent crime and protect the public.

And yes, there is the part of this story that angers me. City officials who use that excuse as to say that anti-gun laws prevent crime and protect the public are just lying. Statistics show that guns in the hands of law abiding citizens prevents crime and protects the public. But no, you will not hear that from those supporting anti-gun laws.

And by the way, what really irks me is that the city officials in Washington D.C., our nation's capital, would use such dubious methods to restrict their residents from obtaining a concealed-carry permit. They must have known that the "good cause" requirement was struck down for a while now?

In February 2014, a Federal Appeals Court struck down a requirement by San Diego County that residents show "good cause" to carry a concealed firearm, a ruling that forced local governments across California to revisit the way they license handguns. But it wasn't only California, since it was a Federal Appeals Court, the ruling applied across the nation.

The city of Washington D.C. is a very violent place. As with most big cities, the majority of the crime there comes from the Black community. Today, citizens need arms to defend themselves -- and the city's attempt to stop citizens from doing just that by using deceitful tactics is criminal on their part.

The city government there mirrors the Anti-Gun lobby's belief that Americans should die rather than have the ability to defend themselves. And friends, that's something Americans should not accept.