Is America ready for a movie about an American coward, a deserter, an Islamic sympathizer who left the Army while overseas to join the enemy, a soldier who got his fellow troops killed?

It was reported that there is word coming out of the Left-wing that a big Hollywood movie about Army deserter Bowe Bergdahl is in the works.

It is reportedly to be directed by a woman whose previous military films have been critically acclaimed by Liberal Hollywood for portraying American military in a negative light.

The website Deadline reports that Kathryn Bigelow, noted for her films "The Hurt Locker" and "Zero Dark Thirty" will direct the Bowe Bergdahl deserter movie as a biography to gain sympathy for the coward and Radical Muslim sympathizer.

News of this project follows on the tremendous success of the two war films "American Sniper" and "Lone Survivor."

While both movies "American Sniper" and "Lone Survivor" focused on the heroic actions of an American military dedicated and respected, the movie about Army deserter Bowe Bergdahl will focus on the Liberal concept of heroism -- which ultimately got other American Soldiers killed.

Yes, the Liberal concept of heroism is to desert, be a coward, align yourself with America's enemies and get your fellow Soldiers killed while trying to find you.

No word yet on casting for the Bergdahl film, which I call "American Deserter."

Supposedly the Liberal Left is looking for a strong Democrat, someone on the extreme Left, someone who is for killing babies but not America's enemies, someone who is for releasing terrorist from Gitmo but want to jail 2nd Amendment supporters, someone who is for Muslim worship in public schools and the acceptance of Sharia Law but are against Nativity scenes at Christmas or Christian prayer in a school cafeteria before a meal.

Someone wrote to tell me that Hollywood is looking at their most obnoxious Hollywood Liberals for the part, but there is a problem.

Of the list above, any one of those Hollywood Leftist can play Bowe Bergdahl's pro-Islamic father.  Bob Bergdahl actually contacting the Taliban, had an ongoing conversations with them, and learned to speak their language while his son was with them. 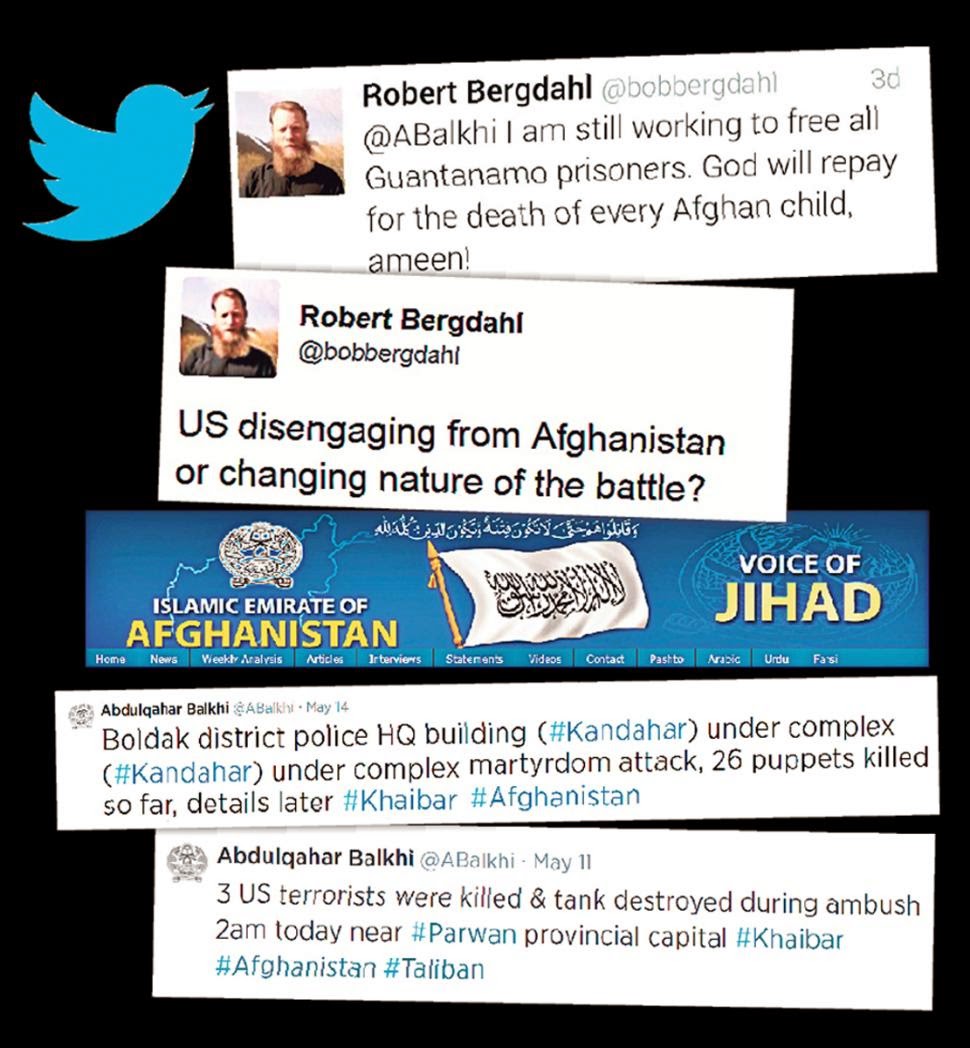 I'm sure any anti-American Liberal A-lister would jump at the chance to play such a role. All they have to do is be themselves.

As for the part of the deserter Bowe Bergdahl, I'm sure Hollywood is looking for a younger Leftist.

They really want someone young and stupid like say Seth Rogen who has proven himself to be very offensive to the American public. Especially after saying that the movie "American Sniper" was like "Nazi propaganda."

Of course, while Seth Rogen might be an expert on propaganda since he obviously drinks the Democrat Party Kool Aid, he is definitely not physically fit enough to play anyone in the American military -- even an Army deserter.

Liberal Hollywood's search to find the perfect Leftist might be the defining factor on when the movie gets made.

In the meanwhile, the U.S. Army announced last June 16th that it had begun investigating the circumstances surrounding deserter Bergdahl’s disappearance.

At first they said he was "captured", but now the Army is asking if Bergdahl "walked off" to simply "join" the enemy.

Since disappearing from his Army base in Afghanistan in June, 2009, Bowe Bergdahl had become the center of controversy.

Sworn statements by a number of his fellow soldiers in his former unit all claim Bergdahl is a deserter and voluntarily sought out the militants who he stayed with for five years.

Those top level Radical Muslims have been described as Generals for the Taliban. And yes, the now infamous "Taliban five" are known to have returned to killing -- as they been involved in the murder of many since returning to the Middle-East.

Right now, as the website Foreign Policy notes, Bergdahl remains in legal limbo “that will only end when the U.S. Army decides whether to charge him with deserting his post or let him leave the military without massive penalties.”

Though a decision by the military has been expected for some time, as Western Journalism has reported, there is still no official word on the findings of the Bergdahl investigation that has dragged on for months.

"The Army is very clearly moving very slowly and trying to make sure that whatever it does is right."

But even as the military’s probe into the Bergdahl situation reportedly continues, families of the Soldiers that were killed looking for Bergdahl wait for answers,

Yes, we must never forget that six Soldiers killed looking for Bergdahl. 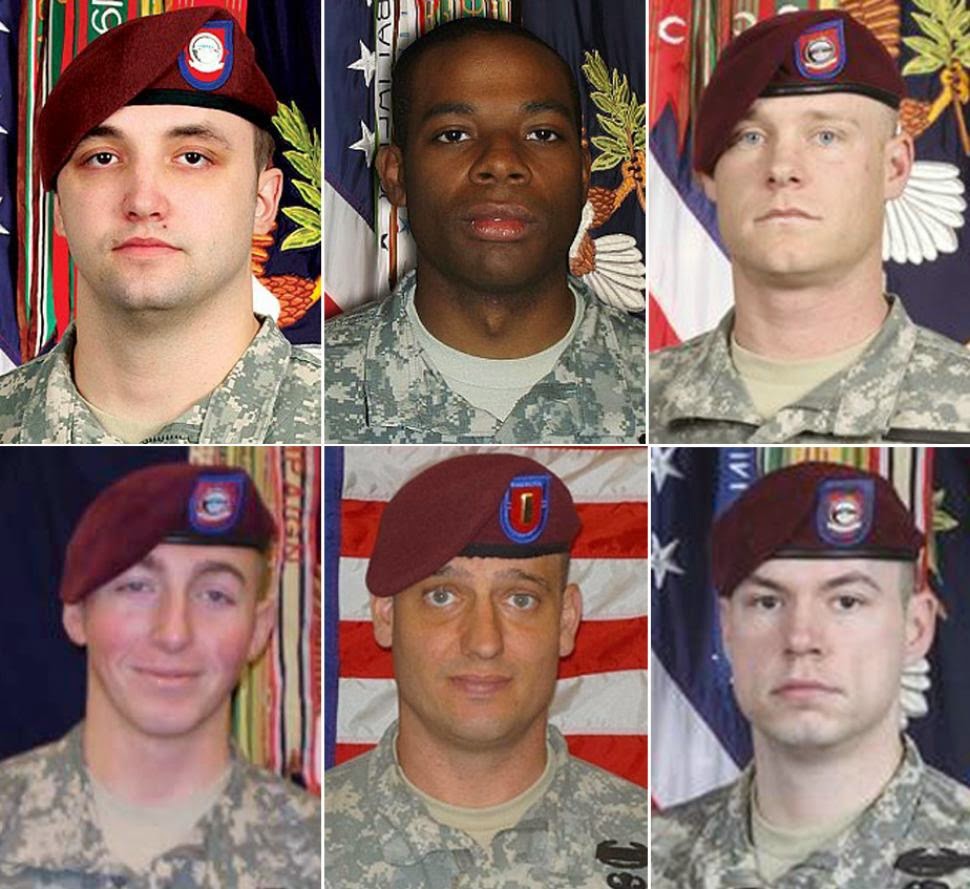 Since they were looking for Bergdahl when they died, Bowe Bergdahl is responsible for the deaths of these troops.

And yes, there is the other question of how much responsibility does Bergdahl have in the deaths of other troops? After all, who knows how many more with the information that he gave to the Taliban?

I believe a deserter should receive capital punishment under the Uniform Code of Military Justice -- especially since he got others killed as a result of his actions.

Hollywood's desire to make a movie celebrating the life of a deserter who got good men killed is why I have so little to no respect for Hollywood.

Every once in a while Hollywood gets it right and does a movie like "American Sniper" which speaks to the good works and true heroism of our troops.

And as if they just can't leave well enough alone, they then come out with ideas like this -- to make a film biography on an American deserter who got troops killed.

And frankly, the only reason the Left wants to make this movie is because they don't like the idea that the movie "American Sniper" celebrates American patriotism and the sacrifice of our troops.

Those Liberals wanting to celebrate the actions of Bergdahl make me sick.