Tall Tales, Hoaxes, & Frauds -- Not At All The Same 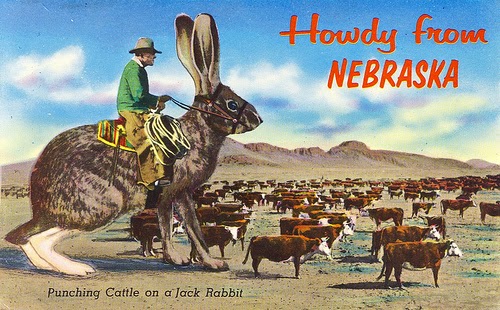 I get some really interesting mail. One letter from a reader sort of caught me by surprise. Why? Well, it was one of those e-mails that I thought I could reply to pretty easily -- that is until I started thinking about it.

The question, "are all tall tales just lies, the same as a hoax and a fraud?" Since I don't like it when people use words they really don't understand the meaning of, and yes I find a number of college grads who do that all the time, for a minute there I started to wonder if I even knew the difference.

First, What Is A Lie?

A lie is a false statement made with "deliberate intent to deceive" for various motives. A lie is an intentional untruth, a falsehood. to speak falsely or utter untruth knowingly, with intent to deceive. Because lies are told with the intent to be deceitful. It entails the action of deceiving someone by concealing or misrepresenting the truth. A lie is a statement known by its maker to be untrue and made in order to deceive others.
Politicians lie all the time because they "deliberately intend to deceive" the public. So no, they aren't just stretching the truth -- they are lying.

Is a Tall Tale a lie? Yes and no. While the tale may be a lie, the intent is different. It all has to do with intent. The intent is different than lying because the storyteller's intent in spinning an unbelievable yarn is not usually to deceive but instead to entertain.

While some today might not understand the admiration bestowed on those who could spin a good yarn back in the 1800s, it is a fact that those telling tall tales were prized for the creativity and entertainment value. A tall tale is a story with unbelievable elements, always told as if it were true and factual.

Some stories such as a good "fish story" contain exaggerations of actual events. Other tall tales are completely fictional tales set in a familiar setting. Tall tales are often told in a way that makes the narrator seem to have been a part of the story. They are usually humorous or good-natured.

The line between legends and tall tales is usually distinguished by age. The difference is that legends tend to exaggerate the exploits of their heroes. But in tall tales, the exaggeration looms large to the extent of becoming the whole of the story.

The tall tale is a fundamental element of American folk literature. The tall tale's origins are seen in the bragging contests that often occurred when rough men of the American frontier gathered to spin yarns. The tales of legendary figures of the Old West owe much to the style of tall tales.

Yes, Johnny Appleseed who traveled the West planting apple trees because he felt his guardian angel told him to; Pecos Bill was the cowboy who "tamed the wild west"; Paul Bunyan was the huge lumberjack who ate 50 pancakes in one minute and had a blue ox named "Babe"; and John Henry was a mighty steel-driving African American; these are all tall tales. Were those tall tales all lies? No, because the storyteller does not want to deceive but entertain.

So how is a hoax different than a tall tale?

So is a hoax a lie? Yes, a hoax is a lie of sorts. A hoax is a deliberately fabricated falsehood made to masquerade as the truth. It is distinguishable from errors in observation or judgment, or rumors, and events that are passed along in good faith by believers.

One common thread that runs through all of these is that they are all deceptive acts or lies. But not just any deceptive act qualifies as a hoax. A small white lie surely doesn't qualify as a hoax. But, to become a hoax, a lie must have something extra that is somehow outrageous, ingenious, dramatic, or sensational. Most of all, it must command the attention of the public. And yes, in most cases it most benefit the hoaxer. A hoaxer is someone who intends to deceive or trick others.
Remember, a hoax is something that has been established or accepted by fraudulent means. So when a newspaper knowingly prints a fake news story, we call it a hoax because people will accept the fraud as being real. We also describe misleading publicity stunts, false bomb threats, scientific frauds, business scams, and bogus political claims as hoaxes.

Mark Twain was responsible for printing three hoaxes in newspapers, all the while knowing that the stories were not true. Since so many people took them as being honest factual stories, Twain actually had to print notifications that the stories were in fact just hoaxes. There were actually a lot of hoaxes printed in the 1800s.

A hoax is a deliberately deceptive act that has succeeded in capturing the attention of the public. This is the marked difference between a hoax versus a fraud, or pranks, urban legends, and even tall tales.


And how is a hoax different than an out and out fraud?

Frauds are lies taken to the point where they are in fact a criminal form of deception. Often people draw a sharp distinction between hoaxes and frauds because frauds are perpetrated simply to make money. A fraud can become a hoax when the method of acquiring financial return generates a broad enough public impact, or it captures the public’s interest for monetary gain.

I believe that Wyatt Earp became a Hollywood legend because of the fraud that he perpetrated by exaggerating events, fabricating exploits, and lying about doing things that he was never a part of. The benefit that he got from it was public acclaim and monetary gain. A fraud is used to acquire financial gain, and can be engineered to create a broad public impact or capture the imagination of the masses. Hollywood is the king of fraud and it doesn't know how to tell the truth. That's the reason that films can't be trusted.
One of the biggest frauds today is what Liberals call "Global Warming" which is making some wealthy for no reason other than selling their scam. Global Warming, which is also known as Climate Change, is a trillion-dollar fraud. From the scam of selling carbon credits and permits to forcing draconian government regulations on people attempting to simply heat their homes, it is a fraud to make businesses, cities, and countries pay for the hot air they produce. Hot air which they cal "carbon emissions". This hot air can also be traded if the full allowance of hot air is not used.

The difference between the Global Warming Hoax of 1874 and the Global Warming Scam today is that the hoax in 1874 only lasted a few months and no one bilked anyone out of a dollar. That's not the case with today's Global Warming fraud where some people are truly getting rich on the fraud they are perpetrating.

While a hoax is seen as a humorous or malicious deception, a deliberate lie, it is not usually meant to be for profit. In law, fraud is defined as being deliberate deception to secure unfair or unlawful gain. Fraud is both a civil wrong and a criminal wrong that may be prosecuted. Fraud is a lie designed to deceive people for profit and gain.

Of course, when one becomes very skilled at lying to perpetrate a fraud, he or she can become a politician. It's a profession where criminals lie and commit fraud and corruption is seen as a way of life.

Which, of course, is sadly more truth than jest.